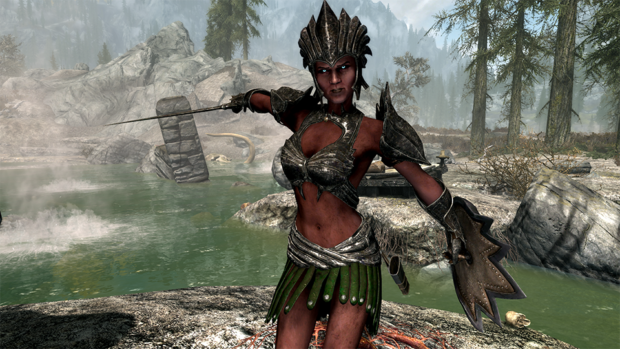 In order to start the Skyrim Saints & Seducers DLC, you need to go to Whiterun and find the Khajit camp that is outside of the walls. Here you will find a Khajit named Ri’Saad. Talk to him about the trouble that he is having and this is going to trigger the Balance of Power quest that is the starting quest for the Saints & Seducers DLC.

The DLC will take you to Oblivion’s famed Shivering Isles, where you need to complete missions. You will also get new content such as enemies, armor, weapons, ingredients, etc. Although the DLC was introduced as part of the creation club, it is not half-baked and it definately worth checking out. It is actually one of the few creation club DLCs that we can openly recommend.

This is how you can start the Saints & Seducers DLC. If you are interested in learning more about the game then you can check out our Alchemy Potions Recipes guide.