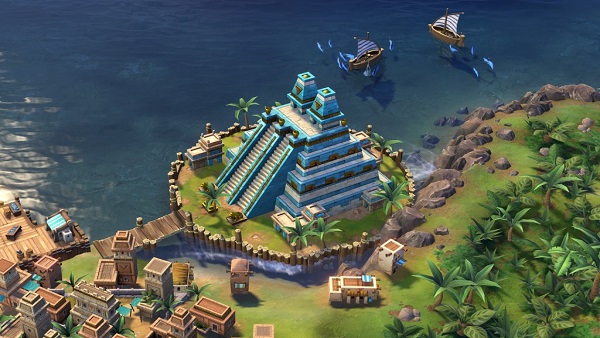 How to Start a Religion in Civilization 6

Pantheons are the very first step to create a spirituality that precedes establishing religion. They are basic religious structures,  Pantheons will worship many minor gods and provide minor terrain bonuses.

You can use the Great Prophet to found a religion in any Holy Site or the Stoneage Wonder if you have one. Wherever you start your religion that city will become the Holy City for your Civilization. Half of the Holy City will immediately stop being atheists and covert to your selected religion. The total number of religions is limited and is smaller than the number of players on anything other than a Duel map. You will be racing against others if you want your own religion. You can boost your chances by rushing the Shrine and enacting Holy Site prayers to boost the number of Great Prophet Points you get each turn.

Civilization 6 allows you to choose your own religious symbol. The main real religions come with their own real names and can not be changed but there are custom symbols that come without a name so you can choose your own religion name. The last step is to choose two Beliefs for your brand new Civilization 6 religion. Beliefs are gameplay bonuses, there are four types of Beliefs as part of the Belief system. Each religion can only have one from each type. The following are the four beliefs in Civilization 6.

Need more help with the game? Check out the Civilization 6 Wiki.