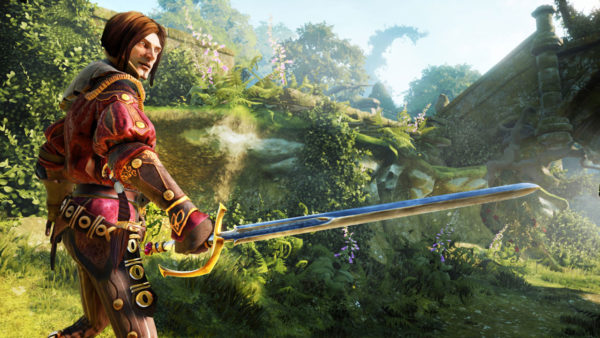 Starbreeze Studios Lead Level Designer Hunter Wright has joined Playgrounds’ Games RPG game. The studio has been gathering talent from across the industry to create its next RPG game, rumored to be Fable 4.

Hunter Wright joined Starbreeze as Lead Level Designer back in August 2018 and left in December of 2019. At Starbreeze, he managed and monitored a team of 11 level designers. Prior to Starbreeze, Wright worked as a Level Designer at Gearbox Software.

He worked on Borderlands 3, Battleborn, and Holodome Onslaught. His role at Playground Games is a bit different. He is now the lead quest designer for the upcoming RPG game from the Forza makers.

Playground Games RPG has been in development for a long time. Over the past few months, the studio has ramped up it’s hiring, it is all hands on deck at the studio right now. The studio hired Star Citizen senior producer to work the RPG as well.

However, the game is still in the early stages of development which suggests we won’t be seeing an announcement anytime soon.

There hasn’t been any official word regarding what Playground Games RPG is but a leak earlier this year gave us an insight into what Fable 4 is. According to the Reddit leak, the game isn’t set in Albion as the Mad King now as control of the rebuilt Spire. For those who don’t know, the Spire was at the center of Fable 2 and the person who controlled it got one wish. Fable 4 sounds very different from any Fable we have played in the past. For one thing, the leak implies that the Fable is finally getting multiplayer. There are no guns in the game and players can play in first and third-person modes. There is an in-depth character creator and players can build towns. Fable 4 is in development on Unreal Engine.