Home Tweaks and fixes Star Wars Squadrons PC Tweaks – How To Get 60 FPS In... 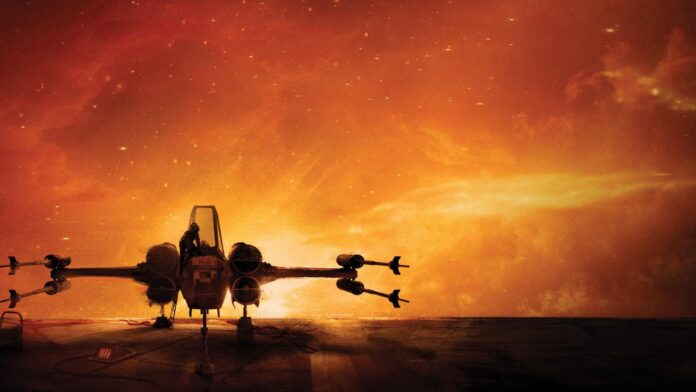 Star Wars Squadrons is the latest Star Wars title from EA and like most in-house Electronic Arts titles, the game is developed using the Frostbite engine. Now Star Wars Squadrons is a game that has to be played at 60FPS, especially, the multiplayer. That’s where our Star Wars Squadrons PC Graphics Tweaks guide comes in to help players to achieve 60 FPS experience on a virtual reality setup. I will take players through each of the game’s PC graphics settings and will explain what each option does, its performance impact, and will recommend a setting for it.

Star Wars Squadrons – How To Get 60 FPS In VR

As I mentioned above, Star Wars Squadrons is developed using the Frostbite engine which is a very scalable game engine. However, not all PCs can manage to play the game at the highest settings with a locked 60 FPS. But, I have to say, the game is extremely optimized. Even a GTX 1060 can run easily run this game at Ultra graphics preset with FPS between 80 – 100 FPS.

So, since the game is optimized, my target for this Star Wars Squadrons PC Graphics Tweaks guide will be GPUs less powerful compared to a GTX 1060 and VR setups as the game doesn’t run very well in virtual reality.

The beauty of PC gaming is that it’s very scalable as PC video games have multiple graphics options for the game players to tweak. Star Wars Squadrons is a space combat game that allows players to fly iconic Star Wars ships and battle other players. Of course, the game is fast-paced and requires some serious resources to be played at a smooth 1080/60 FPS.

Star Wars Squadrons has graphics presets ranging from Low to Ultra. Also if you have an SSD, try to install the game there as it’ll improve load times and will help fix stuttering.

Vertical Synchronization syncs every frame rendered by the GPU to match the display’s refresh rate. This eliminates screen tearing and improves the overall presentation. I recommend that you disable v.sync in-game and force it through the GPU driver.

Almost all modern video games use Temporal Anti-Aliasing. It’s one of the best anti-aliasing solutions as the performance impact is minimal and the jagged edges are removed completely. However, it has a drawback. Using Temporal Anti-Aliasing causes overall image quality to blur or get soft.

Temporal Anti-Aliasing Sharpness allows players to minimize the softness of the image quality and make everything look sharp. This one depends on the players themselves as different players will prefer a different level of sharpness.

Film Grain is a post-process effect that has no performance impact. This option gives the overall image quality a bit of a grainy look and the use of this option depends on the players themselves as some prefer the grainy look while others don’t.

High Dynamic Range or HDR is a rendering technique that allows preservation of details that would be otherwise lost with SDR which has limited contrast ratios. This has no noticeable impact on the performance and players need to own an HDR display to enable it.

Texture Filtering has no impact on the performance and players can set this one to Ultra.

Lighting Quality option in Star Wars Squadrons controls the overall quality of the in-game lighting. I recommend that you keep this setting at High.

Shadow Quality option controls the overall quality of shadows like show high resolution they are and how far these high-resolution shadows can be rendered by the GPU. Shadows can really impact performance so keep it at medium for GPUs like a GTX 1050.

Screen-Space Shadows are shadows that only render for objects that are in the player’s FOV. This means that performance impact is not that drastic but, keep it at Sun Only or turn it off if you see a dip in performance.

This option controls the quality of particle effects in Star Wars Squadrons. While it won’t impact performance unless players are taking part in a hectic battle with lots of destruction. IN that scenario, the performance can tank so keep it at Medium.

Volumetric Quality option controls the volumetric properties of the in-game lighting and other volumetric effects. I recommend that you set it to high but, players can drop it o medium if the FPS drops below 60.

Mesh quality controls the polygon count of each in-game object in the scene to make them look detailed. Set it to medium for better performance or even drop it to low for the VR is players aren’t satisfied with the FPS they are getting.

Anti-Aliasing eliminates jagged edges or aliasing from in-game assets. This improves overall image quality. Star Wars Squadrons has two options for Anti-Aliasing which are TAA Low and TAA High. I recommend that you set it to high as TAA or Temporal Anti-Aliasing doesn’t have a drastic impact on performance.

Ambient Occlusion is one of the most performance impacting graphics option in Star Wars Squadrons. This option makes the overall game’s environment look grounded and realistic by creating realistic shadows under objects that would be otherwise be ignored by the Shadow Quality option. I recommend that players set it to low.

Anti-aliasing-FXAA – “Off”
Anti-aliasing-Gamma Correction – “Off”
CUDA GPUs – “All”
Low Latency Mode – Ultra.
Set Power Management to “Prefer Maximum Performance”
Shader Cache – “On” only if you are using an HDD. Don’t need to enable it for an SSD.
Set Texture filtering – Quality to “High Performance”
Triple Buffering – “Off”
Set Vertical Sync to “On”

Apply these changes and players should see improvement in the game’s performance.

There is another option in the Nvidia Control Panel, “Virtual Reality Pre-Rendered Frames”. This option has multiple options to choose and they are all number. This option stores frames on the CPU before the GPU gets to display them. This keeps the game’s overall FPS steady and prevents frame skipping.

However, this will introduce a slight input delay and the higher the number of maximum pre-rendered frames the higher the input latency. What setting you want will depend on the player.

That is all for our Star Wars Squadrons PC Graphics Tweaks guide with tips on how to get 60 FPS in the VR. If you are facing errors and issues with other PC games or your PC then also see our hub for commonly occurring PC errors and their fixes.