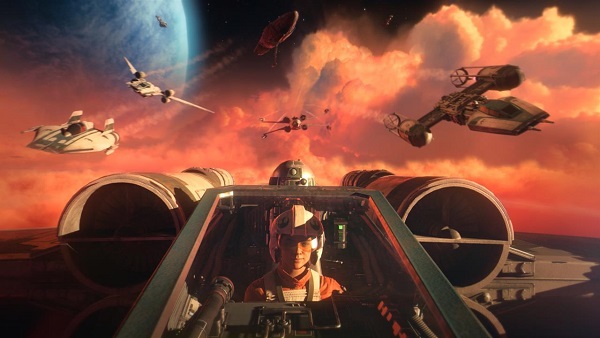 When it comes to the most balanced starfighters in Squadrons, nothing comes close to Fighter. There is hardly anything Fighters aren’t good at. Be it dogfights, flanks, having high agility, or even tanking a little: Fighters can do it all! If you’re just starting Star Wars: Squadrons, you can’t go wrong with choosing Fighters as your starting starfighters. In this Star Wars: Squadrons guide, we’ve shared the best builds / loadouts for the Fighter starfighters for different playstyles.

Fighter in Star Wars: Squadrons include the X-wing and TIE fighter. As mentioned earlier, Fighter is a class that can be taken up by both rookies and veterans without putting too much thought into it. Below, you’ll find a detailed overview of different loadouts / builds for Fighter in Squadrons.

Before we start, remember that none of these Star Wars: Squadrons loadouts is set in stone. It’s always recommended that you experiment with different things and see what works best for you. Also, feel free to check out our detailed components guide to learn more about unlocking them in the game.

This X-wing build is highly versatile. While running this build, you should try to rely on incredible shield regeneration to penetrate through capital’s shields using your Ion Cannon and then throw in Barrage Rockets to deal an insane amount of damage in a couple of flybys. By using the Microthrust, you’ll ensure that you aren’t caught off-guard. Instead, you’ll be able to lock on to enemy starfighters more reliably and ionize them for some quick eliminations.

If you’re interested in Capital Ships, this is the loadout you need to go for – comes in handy if you aren’t running any Bombers in your squad. You need to use the Twin SLAM Engine to overcharge the lasers and then use Sienar Burst Cannon to fight your way through to the Capital Ship. Once there, all you need to do is to let your Torpedoes do all the work and fly out before coming back for another round.