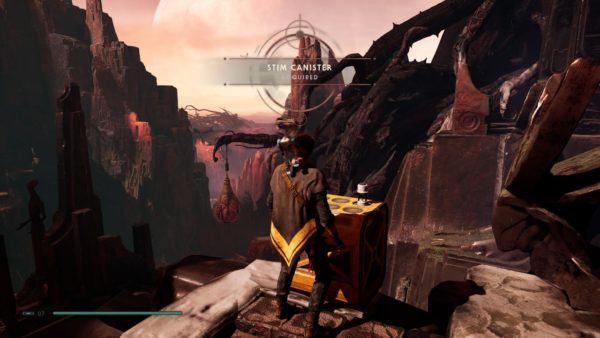 Stims in Star War Jedi: Fallen Order are canisters that can be found throughout the map inside of yellow chests. Stim Canisters can decrease the chances of taking too much damage. Once the Stim canister upgrades are found for BD-1 you can upgrade it which will help a lot in mid to late game. This guide will include all the details on the locations of the Stim Canisters in Star Wars Jedi: Fallen Order.

Where To Find Stim In Star Wars Jedi: Fallen Order

There are a few Stim Canisters and below are the location of all the chests with Stims inside:

The first canister can be found in Bogano. Approach the landing pad in the area and take a left and keep going. Take a left again to go to the corner of the map and you will eventually reach a dome.

Once arrived there head down the hole which is located in the middle. Once down look around for a ledge with a yellow chest sitting atop of it with the canister. 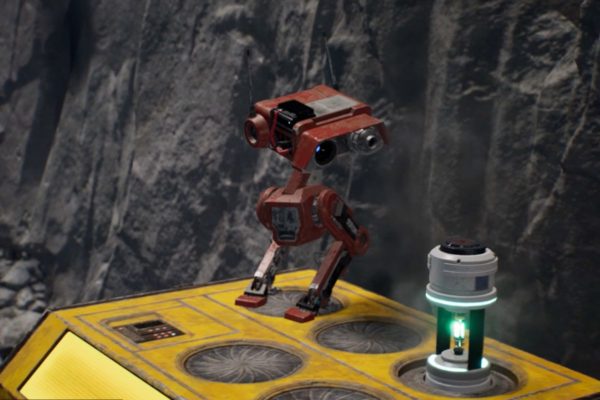 The second one can be found in Bogano as well. Take the path leading beneath the landing pad and you will arrive in an area with the yellow chest locked. For you to get the chest behind the fence you will need to use Force Push and Force Slow abilities to move the ball into the hole across the ramp. Once done the fence will be unlocked and you can grab the Stim inside the chest.

The third canister can be found on Zeffo. Go near the Derelict Hanger and go along the path until you reach some Skazz attacking a dead body. Ignore then and move ahead to reach the path with the diverging routes. Go right and head straight and go into the small cave.

Once inside go left and go across the poor to reach the yellow chest on the top of the platform here. Open the chest to obtcanisyer.stim canister.

The fourth one can also be found on Zeffo. Go to the Venetor Wreckage area here and you can spot the yellow crate on top of a ledge in the distance. Deal with the droids in the tunnels to get to the chest with the Stim. Do bear in mind one thing that if don’t have Force Push, Force Pull and Double Jump you won’t be able to open the chest here.

The last one can be found inside the Ice Caves on Zeffo. To reach the chest you will have to take the alternative route which is going through the end of Imperial Dig Site. Swing to the zipline with the vine at the end of the site. Using the zipline you will reach a ledge go straight ahead until you reach the yellow chest with the canister inside.

This marks the end of our Star Wars Jedi: Fallen Order Stim Locations guide. If you are interested in learning more about the game then you can check out our guides on how you can get the double-sided lightsaber early in the game and where the lightsaber upgrades are located.