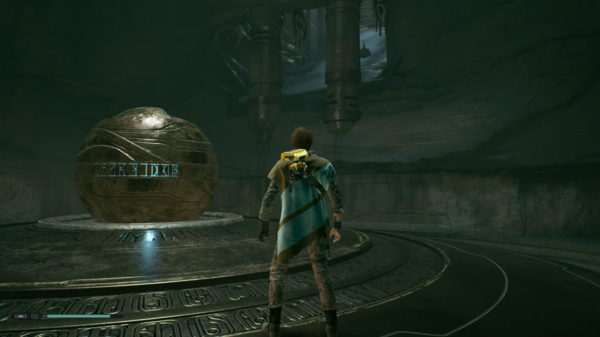 Every planet in this Star Wars Jedi: Fallen Order holds secrets or events that carry rewards with them. These can be buffs or monetary benefits and will help you progress faster in the game. Below we’ve shared instructions and precise locations on where you might find such secrets.

In total, there are 32 secrets that you can expect to find while exploring the deepest spots of the different planets. Our Star Wars Jedi: Fallen Order Secrets Guide helps you uncover each of these, so just follow along!

For the very first secret, head to the Abandoned Workshop by entering through the opening in the ground. There you will encounterOgggo Bogdo. Defeat it and you’ll be granted the Life Essence item as a reward for the secret.

Secret #2 is also nearby, in the Abandoned Workshop area. Utilizing a hand from BD-1, open an electric gate and move to the right of the room you’ve just entered to collect Essence of the Force item.

As a pre-requisite for the third secret, first, unlock the Force Push ability to push the sphere into the right place at the Landing Pad. This will allow you to access the secret and collect the Stim Pack item.

Discover secret no. 4 and collect the Essence of the Force item by overriding the security door in the Bodgo Sinkholes.

Secret #5 is found in the upper level of Subterranean Refuge. To access the spot, use the Force Push ability to place a rock and then climb onto this to uncover the secret. As a reward, you get the Stim Canister.

The last secret is revealed in the Subterranean Refuge. First, make your way to the highest slope in order to run along the wall. Then use the vines from the wall to reach the location of the secret which is at an elevated platform. The reward is Life Essence.

You can find the first secret relic inside the Tomb of Eilram that you access by placing a ball near the entrance. The relic itself is found inside a small chamber. The reward for your trouble will be a Force Essence.

Within the same tomb, destroy a pair of doors by shooting at an explosive enemy. This will grant you access to the location of secret #2 and with it the Essence of the Force.

For secret #3, move near the elevator area and take a right to kill the enemy you encounter. This will get you the secret item and a  Life Essence.

The fourth secret on the planet is found in a corner after reaching the Ice Caves. Your reward will be a Stim Canister.

Now head to the Derelict Hanger and move to the left of the cave. This will lead you to a room with multiple metal structures and the secret inside. Collect it to get a Stim Canister.

Secret #6 is a tricky one as it requires some platforming techniques. First, use the fans in the Gusty Bluffs to get you through towards the exit where you will need to Double Jump to get off the last fan. Now enter the cave as you drop down from the fan to find the secret inside. Your reward will be a Life Essence.

In the Auger Pulverizers, check the metal shelf located above the area. You can get to this platform easily by using the Double Jump. You will be rewarded with a Life Essence.

For the next one, hit the breakable fall in the Imperial Dig Site to find the entrance to the secret. Collect it and you will be rewarded a Stim Canister.

Secret #9 requires a bit of puzzle-solving in Broken Wing. Once you’re successful, you will be granted access to the secret and with it, the Essence of the Force.

While you’re within the Broken Wing area, use the Double Jump skill to hop over the platform to get to the secret.  You will receive a Life Essence.

Now make your way to the Venator Wreckage. With the help of the vines, make your way up and then Double Jump to reach the secret. Collect the reward of Essence of the Force.

Again, in the same region, find a destroyed tunnel to make out a box in the center of the area. You can open it to find the secret as well as the Stim Canister as a reward.

The next secret can be found in the Tomb of Miktrull. Climb the tree branches until you ascend a ledge via the Double Jump ability to where the secret is located. As a reward, you will be granted Essence of the Force.

Another one in Tomb of Miktrull, you may find the last secret on this planet by gaining entry to the small cave and looking for the tree branches in the center. Collect the secret and get the Life Essence.

In Overgrown Pass, look for a cave infested by spiders. Head to the right edge of this cave to find the secret and to get a Life Essence.

The second secret on the planet involves a fight with the Albino Wyyyschokk in the Imperial Refinery. Defeat it and interact with its corpse to collect the secret and a Force Essence as the reward.

While fighting your way through the Imperial Refinery, one of the foes will drop this secret as loot. The associated reward will be the Force Essence.

For secret #4, navigate to the Forest Trench and climb up to a secret area using the hanging rope. The secret will be here along with Force Essence.

The final secret can be found as a part of the side-quest in the Origin-Lake. Use one of the swimming creatures to hop onto the secret area where the item can be collected as well as the Stim Canister.

In the Strangled Cliffs, jump off the wall to find yourself in a secret hidden area. You can find the secret here along with a Life Essence.

In the Brother’s Bastion, swing across a vine and then Double Jump to gain entry to a secret area. Here, you may find the the secret the reward, which will be Life Essence.

In the Witches Horn, navigate to the area where you first fought Gorgara boss. Collect the secret and the reward of Force Essence.

The final secret on this planet is also found in the Witches Horn. Grab onto the tree branches so that you can traverse to the other side where a yellow box is located. Interact with it to collect the secret and with it a Stim canister.

Head to the Shattered Lake, and the first secret is just to the left as you enter the region. Your reward for uncovering the secret will be the Essence of the Force.

In the Crystal Caves, navigate forward using the tree branches. This will lead you to a region where the secret is located. Collect it and earn Life Essence.

The final secret of Star Wars Jedi Fallen Order’s campaign is found in the Crystal Caves too. You need to continue until you come across a slope. Slide it down and then immediately jump off to reach a stone ledge for the secret. The reward is Life Essence.