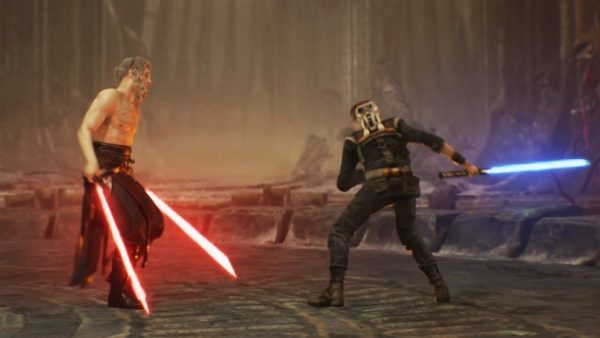 Malicos is one of the bosses in Star Wars Jedi: Fallen Order. Your first few encounters with him will be friendly and at that Cal will not be aware that he will have to face Malicos later on. This guide will include all the details on the fight between Cal and Malicos and tips on defeating him easily.

Malicos makes his first appearance in Dathomir and he will tell you that he is a traveler and is exploring. The next time he appears will be outside the cave in Dathomir. He warns you not to go because of the possibility of Nightsister inside. Nonetheless, you will enter the cave and witness the scene by yourself.

Once you are done with the cave and come back outside to him. He will indicate that he warned you beforehand and Cal will ask him about who he is. This time he will tell the truth by saying they he is Taron Malicos who is the leader of the Nightbrothers and used to be a Jedi. Following this, he will disappear when you are concerned about the army of undead Nightsisters.

The friendly meetups with Malicos has come to an end and the next time you meet him you will have to face him. The Malicos boss fight is very complicated and losing focus during the fight can be very bad for you. Malicos can do a straight fight at some times or just fight unfairly by throwing rocks at you.

The best time to attack him would be when he finishes his chain combos. If you are far away when his combos end you can dash in and deal damage to him until he starts again. The main mechanic in the boss fight that you have to remember is that whenever Malicos parries your attack you should be ready for a counterattack.

The counterattacks at the start of the fight are easy to block but as he loses more and more health he will counterattack more fiercely so dodging is the only option. In some instances in the fight, Malicos might throw rocks at you and you can counter this pretty easily by using Force Push at him which deals good damage.

Make use of Force skills in this battle a lot by dashing into him or out of danger. Using Force Push and Force Pull can be very useful. Using the Double-Bladed Lightsaber is very efficient because of its stats. You can use the Lightsaber Throw to do damage even if you are at midrange.

That is all for our Star Wars Jedi: Fallen Order Malicos boss guide. If you are interested in learning more about the game then be sure to check out our guides on how to beat the legendary beasts in the game and where you can get stims.