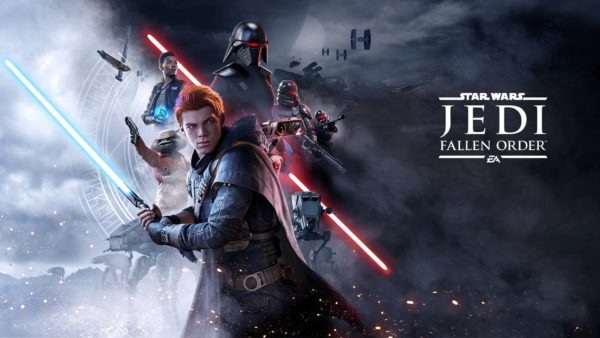 Star Wars Jedi Fallen Order PC version is not a perfect port and is facing errors and issues like low-level fatal error or LowLevelFatalError, black screen, crash at launch, Memory Could Not Be Read and more. Here I have compiled a list of Jedi Fallen Order errors along with their possible fixes and workarounds.

After a long while, we finally got a worthwhile single-player Star Wars game in the shape of Jedi Fallen Order. Respawn Entertainment developed the game using the Unreal Engine 4.

However, the PC version of the game is facing error and issues like Memory Could Not Be Read, crashing at launch, Fatal Error and more.

The following are the errors and issues that Jedi Fallen Order players are experiencing along with their fixes and workarounds.

Players are reporting that when they try to play Star Wars Jedi Fallen Order, they get a Low-Level Fatal error either at launch or randomly while playing.

If you are getting the “LowLevelFatalError [File:Unknown] [Line: 3365] Pak Decompression failed” error at launch then just verify game files and the issue will be resolved.

If the Fatal Error you are encountering is different in nature or is popping up randomly while playing the game, then the issue might be the driver or the GPU. Try installing a different driver version and the issue should resolve.

However, chances are, your GPU is old or isn’t powerful enough to handle Jedi Fallen Order at 60 FPS or variable FPS or, you have overclocked your GPU.

One fix is to just lock the game at 30 FPS. To do that, open Nvidia Control Panel > Manage 3D Settings > Program Settings. Select the game from the list and set vertical sync to “adaptive half refresh-rate”. Start the game and set the display to fullscreen and disable in-game vertical sync.

If you have overclocked your GPU or it’s factory overclocked then revert its clock speed back to its default and the issue will be resolved and you won’t have to lock Jedi Fallen Order at 30 FPS.

Obviously, make sure you have installed the latest GPU drivers and terminate any background process that is using too much of your CPU or HDD. Open Nvidia Control Panel > Manage 3D Settings > Program Settings. Select the game and make the following changes.

If you have at least a high-end CPU then there is another thing you can try. Follow the steps above to Program settings and set the game’s “Vertical Sync” to “Fast”. Start the game and disable in-game vertical sync and the display should be Fullscreen.

This allows the GPU to render Frames without any restriction and screen tearing and basically emulates G-sync. However, the GPU won’t show FPS higher than your display’s refresh rate even if the GPU is rendering the game at 90 FPS. This is a great way to eliminate stuttering from the game but you need at least A GTX 10 series GPU and a capable CPU.

According to players, when they start the game it just shows a black screen with audio playing in the background. To fix this, start the game and when the black screen appears, press “Alt +Enter”. The game will go into windowed mode and will start to display. Go to video settings and change the resolution and you’ll be able to play in Fullscreen.

This is another Star Wars Jedi Fallen Order that players are experiencing while playing the game. One possible reason for the game to crash with D3D Device lost error is that the GPU might not be able to render the game properly or your DirectX library is corrupted.

Update DirectX and the issue should resolve. If this doesn’t resolve the issue then the culprit might be the GPU. Lock the game at 30 FPS and the error will not bother you ever again. Look under “Fatal Error Fix” to see how to lock Jedi Fallen Order at 30 FPS.

Memory Could Not Be Read Fix

Player sare reporting that they are getting the “The instruction at 0x64dcfe98 referenced memory at 0x00000004. The memory could not be read” error while trying to launch it are unable to play the game.

The error is pretty self-explanatory and is related to your RAM. One fix is that, open Task Manager and terminate any process or program that is using a huge chunk of your RAM. This will resolve the problem. If the error still persists then, increase the amount of virtual memory.

For some players, the game is randomly crashing while playing or just crashing at launch. Here are a few fixes and workarounds that might help you with the Star Wars Jedi Fallen Order crashing issue.

Another culprit behind Jedi Fallen crashing could be third-party monitoring software like MSI Afterburner or GeForce Experience.

Disable them and the crash at launch issue should be resolved. However, if you are using MSI Afterburner and disabling it hasn’t fixed it yet then, follow the steps below.

The game not having the administrative right could also be the reason for the game to crash. Right-click on the game’s exe > properties > compatibility tab > check “Run this program as administrator”. This should get the game running.

That is all for our Star Wars Jedi Fallen Order fixes for errors like Low-Level Fatal Error, stuttering, Unreal Engine Exiting and more.