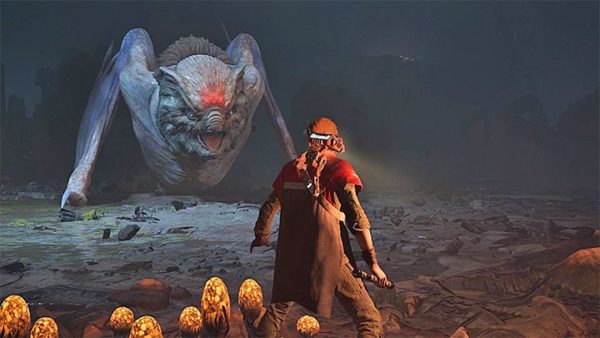 Gorgara is one of the most terrifying creatures in Star Wars Jedi: Fallen Order. The boss appears in the fifth chapter on Planet Dathomir. Gorgara is a huge winged demon creature that looks ugly and deadly at the same time. The boos fight is one of the hardest creatures boss fights in the game. This guide will include all the details on Gorgara in Star Wars Jedi: Fallen Order, where to find Gorgara and how to beat it easily.

Gorgara will appear during the main story mission in which you have to find the Lost Temple in Dathomir. After the boss fight with the Ninth Sister, you will come to Dathomir to get to the temple. Once inside the temple, you will need to g to the top of the temple.

You will faceoff with a lot of undead Night Sisters, creatures and Night Brothers. After sporting Gorgara near the top you will have to make your way towards the marker or should I say the creature’s den. The fight will begin here and it consists of two phases.

The boss has a lot of health and it might take quite some time before it goes down. In the first phase, Gorgara will constantly sweep it’s batwings at you which throws out a kind of a shockwave. This attack does good damage but can be easily dodged by rolling through the wave.

When you dodge the sweep attack you can see it trying to recover from the recovery time. This is the best time to counterattack. When it is in it’s recovery time what you should do is to attack both of its wing so that it stumbles greatly and you can use Force Pull to pull it down. Once on the ground, you can keep attacking it for some decent damage. After some time when it has taken quite some damage from you the second phase will start.

In the second phase, this bat creature pretty much goes crazy. It will now attack you with new moves that might get to you at some point. During one of its moves, it will fly upwards and spread it’s wing so that it can howl at you. This attack can be dodged quite easily by rolling away.

After that, it will do a slam on the ground which will create a massive shockwave which can be dodged by jumping. After that, it will charge at you at full speed twice. You can easily Dodge these attacks by rolling sideways. The pattern of these attacks will surely not stay the same as it will change the attack patterns to surprise you a bit. The rest of the fight will repeat and after taking enough damage it will be eliminated.

The fight is not that hard if you keep your ground and don’t lose determination. Remember focus on dodging its attacks and counterattacking. Do not try to block it attacks as it might not be favorable for you afterward.