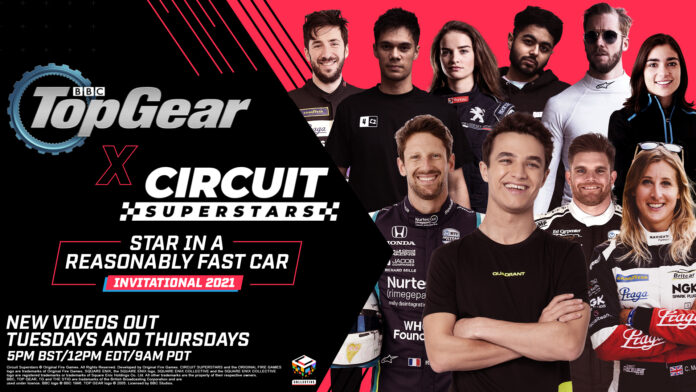 SQUARE ENIX Ltd. and Original Fire Games have partnered with BBC Studios and Top Gear for the upcoming racing game CIRCUIT SUPERSTARS. The collaboration is kicking off with a special online version of the show’s “Star in a Reasonably Fast Car” feature! The fun-fuelled video series will release on 9th September, featuring a top-tier lineup of motorsport, esports, and YouTube stars who will be taking on CIRCUIT SUPERSTARS’ version of the Top Gear ‘Test Track’.

Among the first participants to be revealed from the full list, which includes luminaries from across the motorsports and esports worlds, are IndyCar and former FORMULA 1 driver Romain Grosjean and FORMULA 1 star Lando Norris, alongside teammates from his Quadrant esport team.

“Like every racing fan, I have always wanted to drive the Top Gear test track, and Circuit Superstars is making that a reality. The competition will be tough, with top drivers from a variety of championships and with just one chance to set the perfect hot lap, it will be exciting to see who comes out on top.”- said Romain Grosjean.

Competitors will race their way to the top of the iconic leader board to be crowned champion of the ever so catchy title: “BBC Top Gear x Circuit Superstars Star in a Reasonably Fast Car Invitational 2021”… or “BBCTGxCSSIARFCI2021” for short. 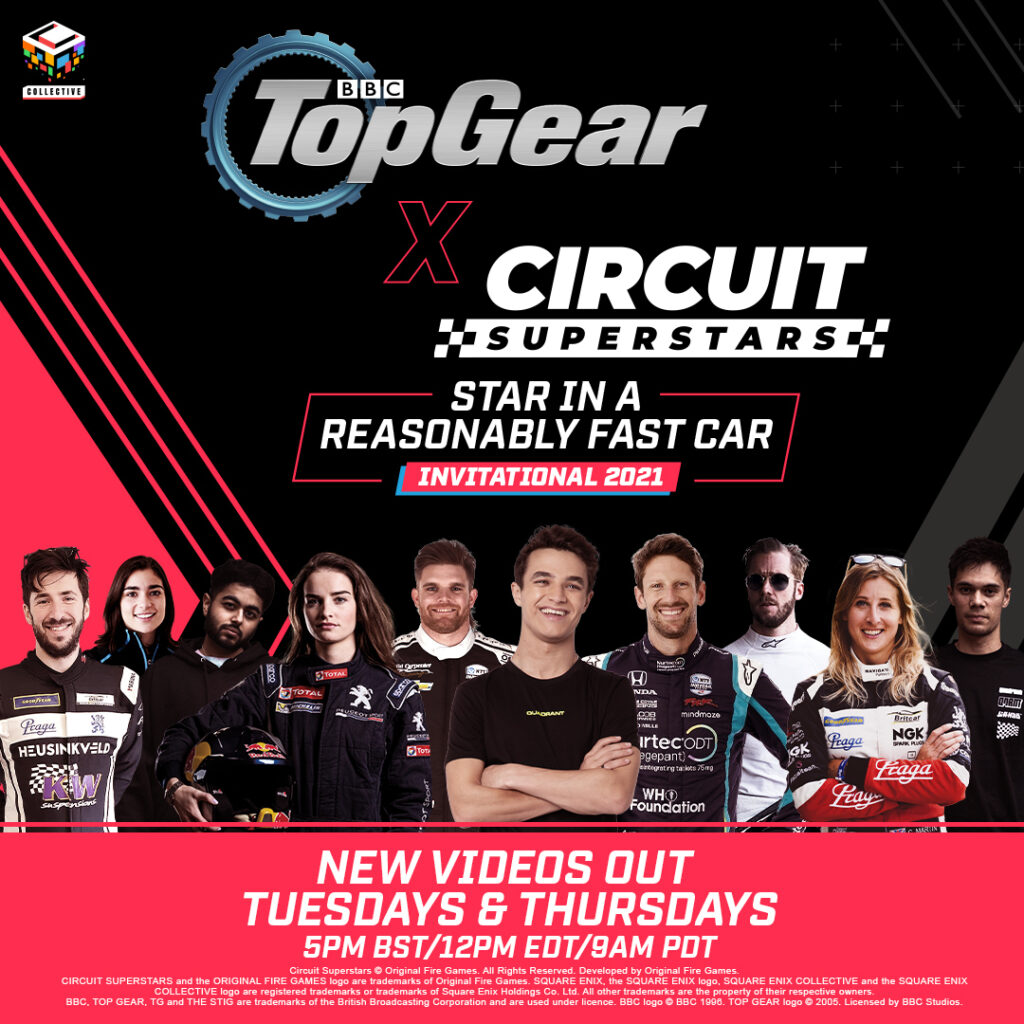 Commentary for both the practice sessions and the hot laps will be hosted by Jack Nicholls, the unmistakable voice of motorsport. Nicholls can be heard lending his voice to BBC Radio 5 Live, FORMULA 1, and Formula E, as well as the Netflix series FORMULA 1: Drive to Survive.

“I’m so looking forward to seeing how our drivers get on,” Nicholls remarks while offering some further insight into CIRCUIT SUPERSTARS. “Make no mistake, this game looks cute, but with a very short circuit and a top-down view, our competitors will find it fiendishly difficult to hook up the perfect lap. The competition will be fierce!”

The Top Gear Test Track will be included within CIRCUIT SUPERSTARS when the game fully launches later this year – players will be able to see if they have what it takes to beat the star-studded lineup!

Head of Square Enix Collective, Phil Elliott, describes the Top Gear partnership and “Star in a Reasonably Fast Car” feature as the embodiment of the CIRCUIT SUPERSTARS spirit. “That combination of a love for driving, fun with friends and family, and searching for the perfect lap, fits perfectly with what we hope to bring to our players around the world. What better way to launch this collaboration than by handing the keys over to some of the best drivers in the world and letting them loose on track.”

Jonathan Williams, Director of Commercial Brand Development at BBC Studios says: “Top Gear is all about mates, motors and mucking about, all of which are captured and celebrated in Circuit Superstars making this a perfect partnership”. “The love and detail that has gone into Circuit Superstars was clear to see the first time we picked up a controller and had a spin, now we can’t wait for players to take on the Top Gear Test Track and set some fast times!”.

CIRCUIT SUPERSTARS, which entered Steam’s Early Access in March of this year, has been building up its paddock of racers and fans around the world, as the development team at Original Fire Games, based in Vancouver, have focused on ensuring stability and polish gearing up for the game’s multi-platform release later this year.