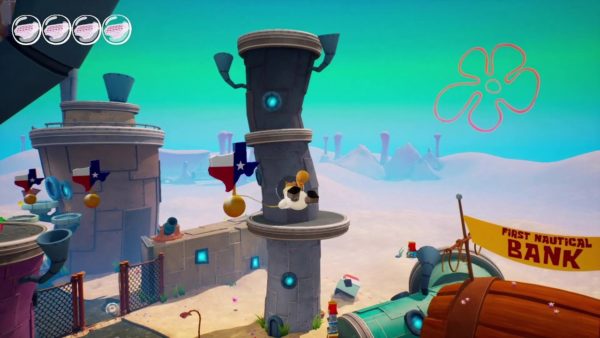 Farming Method #1: Use 10 Golden Spatulas to unlock the Goo Lagoon which is one of the best farming locations for Shiny Objects. Head to the Sand Castle and jump on the Thunder Tiki by using the Belly Bounce. Go across the platforms to reach the blue and yellow awning, use it to reach the top of the tower, and Belly Flop into the bottom left Thunder Tiki and destroy them all.

You need to jump off the tower near the left-hand side of the wooden bridge underneath. Use the Belly Flop to read the Goo Moat. Keep in mind that you should be playing as Patrick for this section. Repeat the method and you can make over 1,300 Shiny Objects per-minute.

If you need more help with the game check out the SpongeBob SquarePants Wiki.