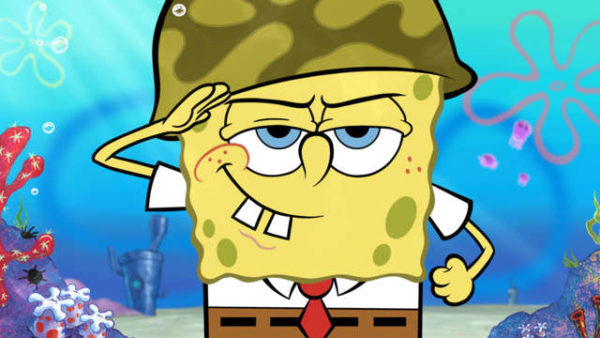 Like all of the other areas in SpongeBob SquarePants The Battle For Bikini Bottom Rehydrated, players have eight Golden Spatula to collect in the Kelp Forest. Our guide will help players find all of these Golden Spatulae.

The following are the locations for all of the Golden Spatula hidden away in the Kelp Forest for the players to collect.

The first Golden Spatula is located at the end of the Kelp Forest Entrance, in front of the toll gate that leads towards the Kelp Swamp.

The second Spatula is earned by finding all seven lost Campers in Kelp Forest.

This one has to be unlocked by gathering the three Stone Tikis in the Kelp Swamp. Players need Patrick for this one.

For this one too, players need Patrick. Start from the Freezy Fruit ledge in the Kelp Swamp and go to the sandy platform with the Bzzt-Bots. Face Mr. Krabs and jump to the lower path. Move forward and go right when players come to a split.

Look to the left for a ledge with a Freezy Fruit on it. Use Patrick’s belly flop to raise a distant cage. Fling the Freezy Fruit into the goo and freeze it. Dash across the ice and stick to the wall. Eventually, players will come across a ledge with the Golden Spatula on it.

This one is located in Kelp Caves at the very end. Players will find it opposite of the toll gate exit.

This Golden Spatula is earned by finding all six Power Crystals for Barnacle Boy. These crystals are located all over the Kelp Caves.

For this Golden Spatula, players have to beat Beat Mermaid Man’s time. Talk to Mermaid Man to start the timer and beat his time. After that, use the Teleport Box to get back to the top and receive the Golden Spatula.