RespawnFirst
Home Guides How to Change Weapons in Splitgate 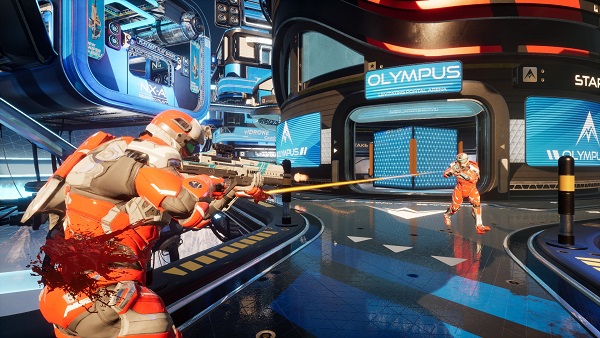 In Splitgate, you might have noticed that you are unable to change weapons in split arena fights. You are always given an AR or a Carbine at the start of each round. You might get bored of the default gun as the round progresses and you would want to change guns. This guide explains how you can change weapons in Splitgate.

It sounds too timid to say “Pick up a new gun”, but this is the only way you can change your weapon in Splitgate. You can choose a gun before going into a match, and customize it to your satisfaction.

You will be given this gun at the start of the round when you are spawned. You can get different guns on spawn in different game modes.

So, the only way you can swap your gun is by picking up the one that is available on the gun points, you will need to find these gun points, and knowing where these spots are and reaching there first gives you a substantial advantage over other players. These weapons keep on respawning as the round goes so that other players also get to pick up these guns.

Finding a weapon in Splitgate isn’t that difficult as these gun spots are scattered all over the arena, but you need to keep in mind that if you die, you will lose the picked gun and will be spawned with the one that you have equipped by default.

As Splitgate is still in the Beta phase, these illuminated gun points locations are subjected to change in the final version – however, this is not confirmed!

This is everything that you need to know about how to change weapons in Splitgate. For more help on the game, feel free to check out our detailed Splitgate wiki page.