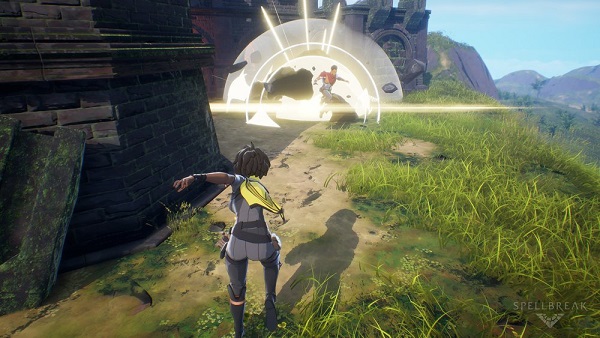 There are a total of 6 classes to choose from in Spellbreak. Each of these classes is equipped with a unique set of skills, abilities, and elemental gauntlet. At the start of a match, you’ll only have to one ability with others unlocking as you progress through a match.

In order to level up a class, you’ll need to make it inside the Spellstorm which will continue to shrink as a match progresses. Depending on your standing in a match, you’ll increase your Mage Rank and Class Mastery Rank that will let you access different cosmetics.

In this guide, we’ve detailed some handy tips and tricks to help you play all the different classes in Spellbreak, an overview of their abilities, skills, and more.

Frostborn is all about dealing a ton of damage from a long-range. Its primary abilities are called Ice Lance and Flash Freeze.

Conduit is the master of lightning. It can rapidly fire lightning spells that deal a ton of damage. Its primary abilities are:

Pyromancer, as the name suggests, is all about zone control and holding down choke points using fiery spells. It’s arguably the easiest class to master in Spellbreak.

The primary strengths of Toxicologist are its invisibility and DoT. It’s another easy character to master if you’re new to the game.

Stoneshaper is a defensive class that is all about protecting allies. This is another class that we’d recommend trying out if you’re new to the game.

An incredibly mobile class in Spellbreak, Tempest is all about staying airborne and dealing damage. Its primary abilities include:

These are all the classes and their skills in Spellbreak. Check out our detailed Spellbreak wiki for more helpful tips and tricks.