RespawnFirst
Home News Something Big Is Going Down At Ubisoft Montreal 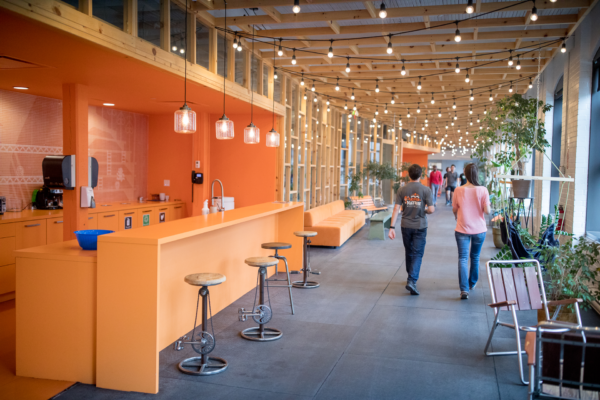 Ubisoft Montreal is working on multiple projects at the moment including Watch Dogs Legion, and other unannounced projects. In the past week, Ubisoft hired 45 new members for its team in Montreal. It is unclear how many of them were developers but since this year is expected to be a big one for Ubisoft, this is the right time to hire more workforce for game development.

Way to start in 2020. Let's give them a warm Ubisoft welcome! @LifeatUbisoft https://t.co/SMgZH7VM90

Late last year the Assassin’s Creed creator delayed several of its major IPs either further into 2020 or to early 2021. One of the biggest Ubisoft projects, Watch Dogs: Legion was set to release on March 6 while Gods & Monsters had a February 2020 release date. Meanwhile, Rainbow Six: Quarantine had been slated for the first quarter of 2020.

These games will now arrive by the end of the year. The poor performance of Ubisoft’s Ghost Recon: Breakpoint and The Division 2 seemingly influenced this decision from the company. CEO Yves Guillemot suggested in a financial conference that the studios didn’t wait long enough between sequels for these games to have more of an impact.

We feel it’s due to the fact that people have been able to play those games for a long time and experiencing that gameplay for a long time. We need to wait longer for something that is more differentiated.

Although these games will release this year, there is one major IP that’s still MIA. Ubisoft’s Skull and Bones has no solid release date despite being announced years ago. It is slated for a 2021 release. Ubisoft is preparing to release five AAA games including Watch Dogs, Assassin’s Creed, Rainbow Six, Gods & Monsters, and Skull and Bones in the 2020-2021 window. Most of these projects are under development at Ubisoft Montreal.

Want to know what else is Ubisoft in charge of? Splinter Cell. There are multiple rumors and reports claiming that a new Splinter Cell is in development. RespawnFirst hasn’t been able to confirm the rumor from its sources as of yet, but we’re on it.