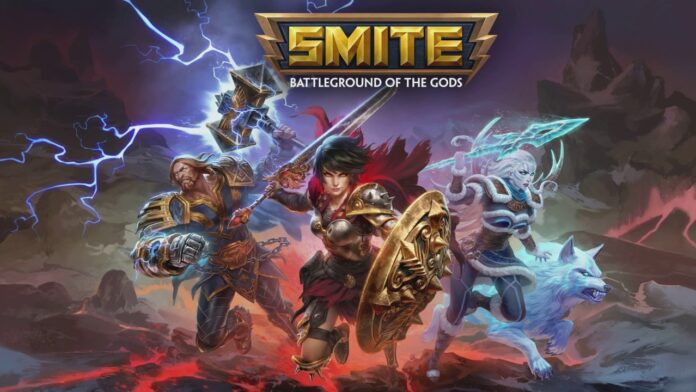 Smite PC is facing errors and issues like Failed to create D3D9 Device Error, in-game crash, Launch error, crash at startup, MSVCP140.dll not found, and more. Here I have compiled a list of errors and issues that PC players are experiencing with the game along with their fixes and workarounds.

Smite is a free-to-play online battle arena that launched in 2014. While the game has been out for a while and PC players are enjoying it, some players are facing errors and issues with the game like Failed to create D3D9 Device Error, in-game crash, Launch error, crash at startup, MSVCP140.dll not found, and more.

A lot of PC players are reporting that Smite is crashing randomly while in-game. There are multiple reasons behind the Smite in-game crash and here is how to fix it.

One reason for the game to crash is the use of third-party tools and software like MSI Afterburner or RGB software. Diable any third-party software you are using along with Steam overlay and Geforce Experience Overlay. This will fix the crashing issues with the game.

Another reason for Smite to crash while playing could be the CPU. If you are playing the game on a low-end CPU, the game might be putting too much load on it. While not much can be done about it but, open Nvidia Control Panel > Manage 3D Settings > Program Settings > select Smite from the list. Set Ultra for “Low Latency Mode” and select “off” for Tripple Buffering and hit apply. This should stop the game from crashing.

If you don’t want to mess with the GPU clock, then players can try and limit the game’s max FPS to fix the crashing issue. In case you are playing at an unlocked FPS, limit the game to 60 FPS. If you are playing the game at 60 FPS, limit it to 30 FPS. Open Nvidia Control Panel > Manage 3D Settings > Program Settings > select Smite from the list. Turn on “Max FPS Limit” and set the value to 30. This will limit the GPU to only render 30 FPS for Smite reducing GPU and CPU load. This will fix the Smite crashing issue.

Failed to create D3D9 Device is one of the errors that Smite players are experiencing and here is how to fix it. Firs fix you need to try is to update your GP driver to the latest version and do a clean installation. This will fix the error.

In case the error persists and you are playing on a laptop with a discrete GPU, then the system might not be switching the GPU when you launch Smite and tries to run it on the integrated GPU. To fix this, players need to make sure the system switches to the dedicated GPU when they launch Smite.

As for the AMD GPU users, open Radeon Settings > Preferences > Additional Settings > Power > Switchable Graphics Application Settings. Select the game and select the “High-Performance profile” to the game under Graphics Settings. This will fix the Smite D3D9 Device Error.

According to PC players, they are experiencing the LAUNCH ERROR: Failed to start the game error when they try to launch Smite. This error occurs when players launch Smite on a 32-bit operation system. Upgrade your OS to 64-bit and the Smite Launch Error will be fixed.

Some PC players are reporting that they are experiencing the “The execution cannot proceed because MSVCP140.dll was not found” error while trying to launch Smite. The fix for this issue will very simple. Install the latest Visual C++ Redistributables both x86 and x64 versions. This will fix the error. Alternatively, players can manually download the missing file from the internet and place it in Smite’s install folder. However, I don’t recommend it as it can potentially put your system at risk.

Some Smite players are reporting the issue of the game constantly disconnecting them from the game. This can be fixed easily. Right-click Smite in your Steam library > Properties and type the following in the Launch Options. This will fix the constant disconnection issue.

A lot of PC players are reporting that Smite is crashing at startup or not launching at all. There are multiple reasons behind the Smite crash at launch issues and here is how to fix it.

First, fix the players need to try is to give the game admin rights. Right-click the game’s exe > Properties > Compatibility tab > check “run this program as administrator” and hit apply. This will stop the game from crashing at launch.

Another reason could be your anti-virus/Windows Security blocking important game files. Either disable the real-time protection or exclude the game’s install folder from it. After that, verify game files and the issue will be resolved.

If the game is still crashing at startup. Right-click Smite in Steam library > Properties > Local Files tab > click Browse Local Files. Launch the game directly through the exe. Chances are you’ll get an error similar to “vcruntime140_1.dll or MSVCP140.dll Was Not Found”. Fix this error by installing the latest Microsoft Visual C++ Redistributables both x64 and x86 versions.

That is all for our Smite fixes for errors and issues like the crash at launch, Launch Error, in-game crash, Failed to create D3D9 Device Error, and more. If you are facing errors and issues with other PC games or your PC then also see our hub for commonly occurring PC errors and their fixes.