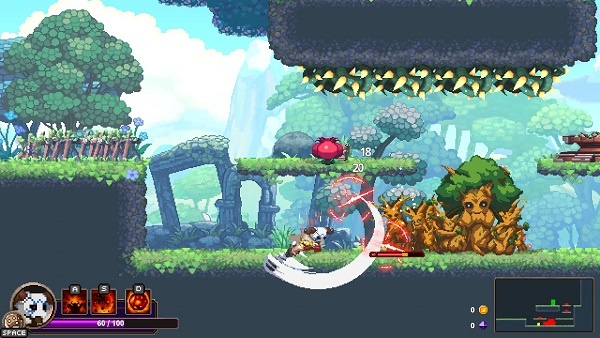 Skulls are items that players can wear in the game to gain a variety of skills, buffs, and other benefits. A maximum of two Skulls can be worn at a time and they can be swapped out whenever the players wish to do so. Skulls are found in the world – Unique and Legendary are harder to find as compared to less rare ones. Unique Skulls and Legendary Skulls provide two random skills that players can utilize. In this guide, we’ve detailed everything there’s to know about all the Unique Skulls and Legendary Skulls in Skul: The Hero Slayer.

Whenever players swap to a new Skull, it performs a special swap attack that’s unique. Below is a complete list of all the Unique/Legendary Skulls in Skul: The Hero Slayer.

In this section of the guide, we’ve detailed all the Unique Skulls in the game:

Dark Paladin
What it lacks in range, it makes up for it with ATK Speed and ATK Damage. Dark Paladin gains ‘Darkness’ stacks with Skill Attacks that provides a +20 HP barrier that increases Skill Attack by +20%.

Berserker
A very good Skull to clear mobs during the levels, thanks to its +30% increased Basic Attack whenever HP is lowered. On top of that, it also gains +50% Attack Speed for 3 seconds whenever it takes any damage. Think of it as a high risk, high reward type of Skull.

Ninja
As the name suggests, Ninja is all about speed. It’s able to triple jump, dash through enemies, and even become invincible while dashing. Apart from this, it’s got a lot of shurikens to throw which is always cool.

Samurai
Samurai is pretty identical to Ninja in terms of what it can do. However, it’s nowhere near as powerful as the Ninja.

Predator
One of the best things that the Predator has going on for itself is that it gains +30% Attack Damage for 3 seconds after a kill. If done correctly, players can chain it indefinitely to keep the buff going as long as there are enemies to kill.

The following are all the Legendary Skulls that players can find Skul: The Hero Slayer.

Grim Reaper
Grim Reaper not only hits like a truck but has plenty of escape tools at its disposal. It can surround itself with fire that continuously deals damage to nearby enemies.

Fighter
Fighter in Skul: The Hero Slayer has a very high skill ceiling. To use its skills, players need Energy. Successful attacks, however, generate stacks of Fury. When maximum stacks have been reached, it enters the ‘Overheat’ mode

Yaksha
This one is able to stomp enemies to deal damage with the fifth stomp dealing an insane amount of damage. It can also kick enemies and send them to walls to deal even more damage. Lastly, it can also hook enemies who take increased fire damage.