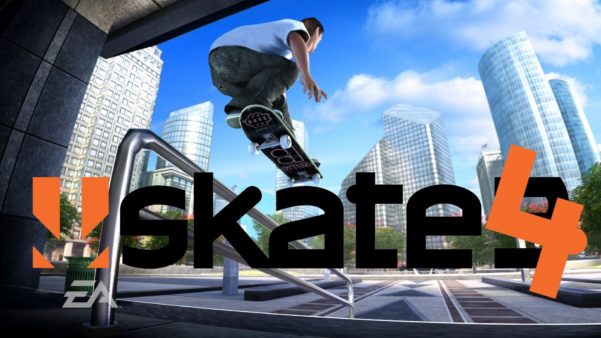 There are many skateboarding video games but only a few as loved and appreciated as Skate. After a ridiculously long time, EA has finally committed to the development of another installment in the Skate franchise. Skate 4 is finally happening and although it might not be called Skate 4, it is going to be a brand new, built from the ground up experience.

EA announced Skate 4 at the recently held EA PLAY 2020 live stream. The renowned publisher is bringing back developers from the original EA Black Box team to lead the development of the next Skate game. Skate is the only franchise that challenged the dominance of Tony Hawk’s Pro Skater and it quite fitting to see Skate return after the confirmation of Pro Skater remasters. So we thought what better time to collect and curate everything we know about the game including Skate 4 gameplay, trailers, and release date information.

Note: This article will be constantly updated with new information as it becomes available.

Over the past few years, we have seen this genre make a comeback with games like Session, SkateBird, and SkaterXL. However, Skate 4 will lead the way for an official comeback of the skateboarding franchise. Let’s start by discussing the release date, the big question, when is Skate 4 coming out? Well, if you saw the announcement at EA PLAY you pretty much got the idea, it was a premature announcement so the game isn’t releasing anytime soon. If we have to predict, Skate 4 release date could be set somewhere in the middle of Spring 2021. The announcement of Skate 4  gave us the impression that there is a lot of work to be done so even a Spring 2021 release date seems a bit early. But the good news is that Skate 4 has been in development on and off for a while so not everything needs to be built from scratch.

The development of a new Skate game was never really finalized, there were ideas, internal demos, and pitches but it was only recently that EA and Motive decided to finally pull the trigger and go into proper production.

Skate 4 Gameplay; What’s It Like To Play The New Skate Game?

Many of the hallmark features of Skate 3 are coming back with a bang in Skate 4. However, the feature we want to see the most is the return of the ‘Hall of Meat’ mode. The mode required the player to perform the gnarliest bails and we loved every minute of it. One aspect of Skate 3 hardcore fans complained about is the lack of realism. Skate has been a comparatively “real” skateboarding game but that somewhat changed with Skate 3. We hope to see a balanced approach with Skate 4 where fun and realism go hand in hand. Combining the nuance of Skate 3 with bone-crunching hilarity of Skate 1 and 2 will prove to be a challenge for Skate 4 developers. But if anyone can pull it off, it is the people working on the new Skate game right now.

Skate 4 Trailer; Is There Any Gameplay Footage?

Just like the release date of Skate 4 we don’t have any gameplay trailers right now. But what we do have is two developers losing their minds while announcing Skate 4. Do check out their reaction here.

The excitement on their faces is the most honest developer reaction I have seen in a long time. No matter when they show trailers for Skate 4, we know they are going to be amazing and the game itself will be even better when it comes out. Make sure you don’t get your hopes up for a gameplay trailer just yet, it is going to be months before we hear anything it looks like. Possibly early 2020 is when EA will reveal the title and gameplay trailers for Skate 4.