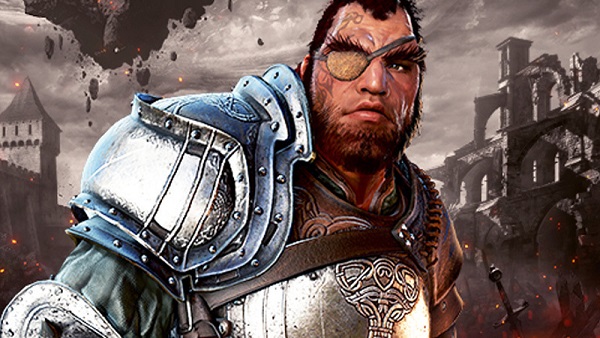 Gerhard Shultz has 5 following skills he can use in combat.

Unleashed Beast:  Use the right mouse button to trigger this skill in Shadow Arena. It allows the player to ignore all crowd controls effects for 3.5 seconds. You will still damage from attacks. Unleashed Beast has a 10 seconds cooldown.

Gate Breaker: Press 1 on the keyboard to use this skill in the game. The player can dash forward at high speed to perform an impact attack. You can switch directions while charging forward. Gate Breaker has does 300 damage in the 115 AoE, it has a 14-second cooldown.

Rock Smash: Press 2 on the keyboard to activate this skill in Shadow Arena. It allows the player to hold and lift the enemy and slam them on the ground. The character is free to move around while lifting the enemy. Rock Smash does 328 damage within a 200 AoW, it has a 20-cooldown.

Sausan’s Tremble: Press 3 on the keyboard to use this skill. The skill allows the player to jump in the air three times in a row, stomping the feet while dealing damage to close by enemies. It also gives you super armor while gliding and the skill will not be canceled.  Knocked down enemies will get 1.5x more damage. Sausan’s Tremble does 900 damage in a 220 AoE, it has a 20-second cooldown.

Bestial Howl: Press 4 on the keyboard to use this skill. Let out a roar that stuns the enemies. It does 450 damage within a 500 AoE, it has an 18-second cooldown.