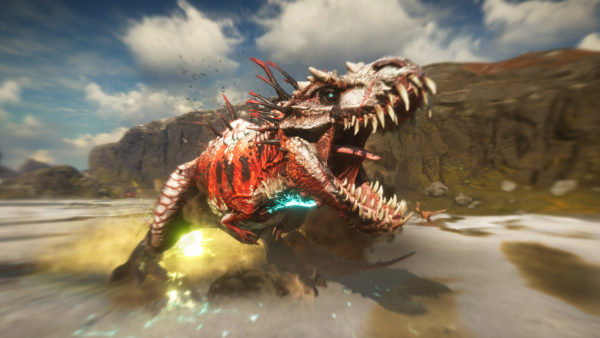 With open-world games, you have this idea that, ‘Okay, I’m now committed to hundreds of hours? Whereas we wanted to have these shorter burst sessions where you could get one or two in over a lunch hour: short, bookended, but still the world is affected in the long term.

Emil Kraftling, the creative director of the game mentioned how difficult it is to create these dinosaurs for the game compared to humans or even zombies. The following is what he had to say regarding the matter:

The dinosaurs themselves are a challenge. A lot of games have humanoid enemies —very often zombie enemies because It’s easy. You have one skeleton rig that you replicate for both player characters and enemies. That would be easier and cheaper to do. If you do something like a dinosaur, that’s a completely different skeletal rig, it’s bigger and it’s challenging. And that challenge is fun.

The game has a couple of different dinosaurs; digger, watcher, splitter mutated triceratops. Gibson confirmed that there is a T-Rex as well. So you should have plenty of different dinosaurs in the game when Second Extinction comes out. We do not have a release date for the game right now but we should learn more as we get to the end of the year.