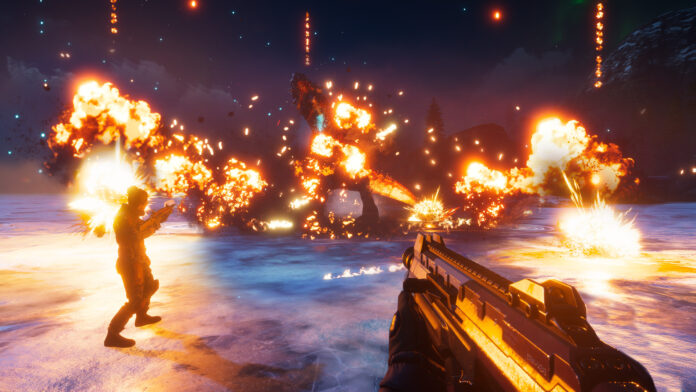 The game is currently in early access to many skills and abilities might change and adjust over time. If that is the case, we will update the guide with the latest information. In this c 3 player co-op guide, you can use the following abilities with each character.

Rosy is one of the playable characters in Second Extinction. She is an Enforcer and uses heavy weaponry. Rosy can break through the relentless onslaught and provides her team with a strong defensive line.

Positive Reinforcement: Rosy commends the party after a good performance which regenerates health and gives a defensive boost to nearby players.

Static Barricade: A conductive pylon which creates an electrical barrier between multiple points.

Winter is a playable Trooper in Second Extinction. He is a marksman and an expert in ranged combat. He makes sure every shot does a ton of damage to the enemy.

Low Profile: Winter becomes hard to detect when crouched and stationary after a short time.

Mast Scent: Winter can use a viral pheromone to disorient nearby enemies and renders himself and nearby teammates undetectable.

Amir is another playable character in Second Extinction. He is someone who avoids direct conflict and prefers supporting his teammates with his strategic mind. Amir Wilson is an expert in light weaponry but his grenade launcher is enough to kill a T-Rex.

Valentine Ortega is one of the playable characters and is a heavy weapons expert. She carries two heavy weapons rather than a secondary sidearm which allows her to flexibly kill her enemies.

Combat High: Deal sustained damage and kills will charge this ability to enter into a focused state.