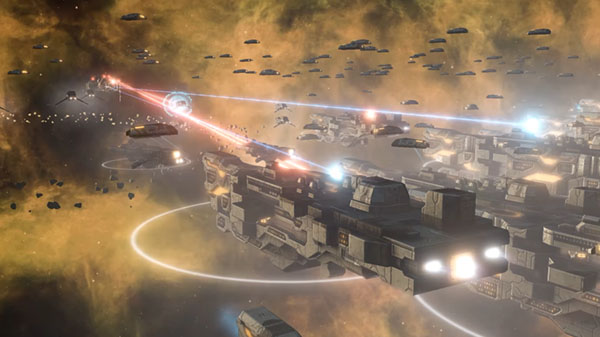 Paradox Interactive today announced a release date for Stellaris: Console Edition second expansion pass for PlayStation4 and Xbox One. This expansion pass contains three new DLC that will roll out through 2020 to further enrich the empires of ambitious spacefarers with new constructions, cosmetics, weapons, stories, and more.

The first to launch is Synthetic Dawn Story Pack, which will release on May 12. A list of the DLC content coming to Stellaris: Console Edition in the second expansion pass in order of release is below:

Featuring the same deep strategic gameplay as Paradox’s original Stellaris, with rich and diverse alien races and emergent storytelling, Stellaris: Console Edition puts the complexity of the galaxy at your thumbsticks. Whether you’re exploring the unknown, discovering the mysteries of the universe, or conquering it for the glory of your empire, console players have more inter-galactic strategy awaiting them than ever before.