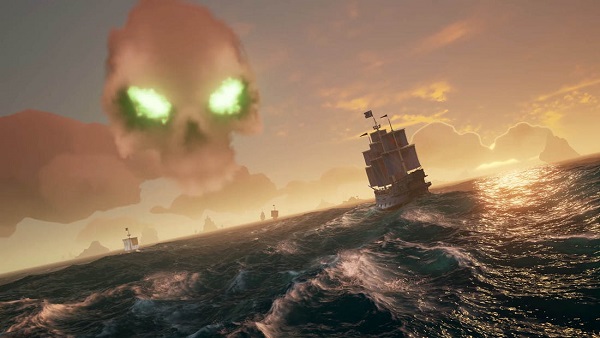 Gold is the primary currency in Sea of Thieves that is used to buy almost everything in the game. Be it cosmetic items, promotions, components, weapons, or equipment, you need to have Gold to be able to purchase these items. There are a few different ways of earning it in the game but some are better than the others. In this Sea of Thieves article, we will walk you through some of the best Gold farming methods in the game.

As mentioned earlier, there are a few different ways of earning Gold in Sea of Thieves. Some of these include merchant trading, rewards from chests, completing arena matches, player alliances, and even microtransactions. However, if you want to maximize your income in a short span of time, continue to read on.

Skeleton Forts, in Sea of Thieves, are hands-down the best source of farming Gold. The activity is all about defeating multiple waves of skeletons in order to obtain the Stronghold Key and using it to loot the goodies inside a vault.

However, despite being a PvE activity, other pirates will often try to get in your way and might even steal your loot away if you are not careful enough. You can always tell that a Skeleton Fort is nearby if you see a skeleton in the sky. It is a high-risk, high-reward situation but that’s a pirate’s life in a nutshell.

In addition to completing Skeleton Forts, you should also consider completing voyages. You can purchase up to 3 voyages from different companies and complete them to earn a decent amount of Gold. Voyages are basically quests that you can complete for in-game factions for a ton of rewards. You may also come across things like Kraken on your voyages which is an added bonus.

Sea of Thieves experience is not complete without you stealing from other players. Another way of farming some Gold is by letting others do all the hard work while you come in at the end and stealing everything from them. The best place to do it is by hiding at outposts and killing players while they are busy trading. Once you have done so, simply trade at the same outpost and go about your business.

These are some of the ways using which you can do Gold farming in Sea of Thieves. For more help on the game, you can check out our detailed Sea of Thieves wiki guides.