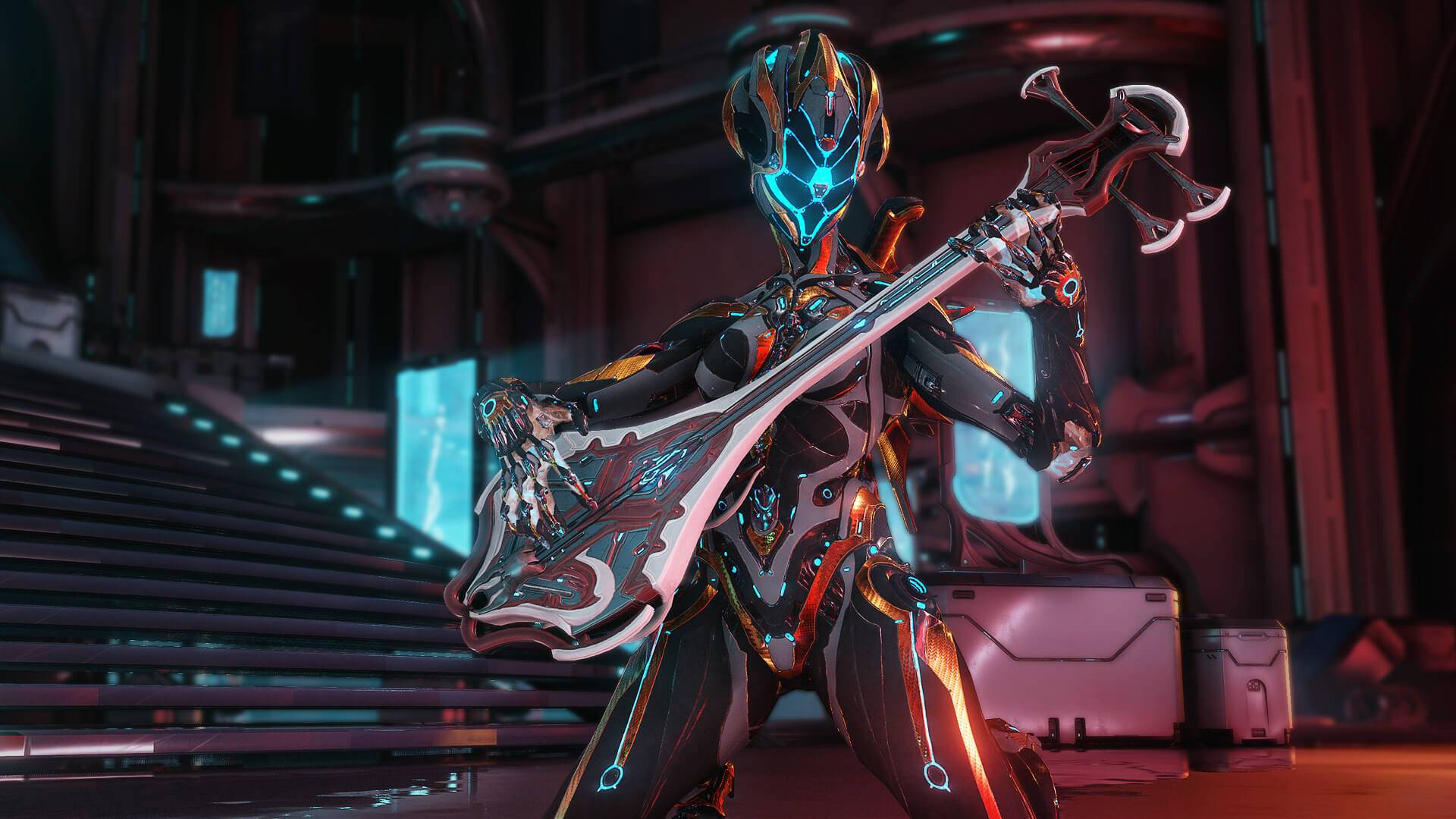 The Scarlet Spear Event is finally released and comes with all the glory of new weapons, arcane, Simulacrum and more. The first thing to make clear though is the fact that the event surely is a grind. It has gruelling missions but do not lose hope as the rewards, are certainly well worth it. If played right, you can maximize the number of Points or Scarlet Credits that you get. Our Warframe guide will help you in getting a gist of the event and finding the most advantageous strategy you can use to earn bonus credits during the Scarlet Spear event.

The event has three types of Rank. Each Rank has its emblem. To participate in this event, you will need to jump into one of the Scarlet Spear flotillas. It is just a Relay above Earth, however, it is an instance one so you need to pick one and stay on it.

The next thing you need to do is talk to Little Duck, to see what she has to sell for the Scarlet Credits that you are going to earn in return for these missions. This flotilla plays a huge part in earning you and everyone on it, as many points as possible. If you join another flotilla, remember that you will lose the Rank you had in the previous one.

Now every flotilla has a timer in its centre for the current Murex Wave, with less than 10 minutes, downtime between each Wave. Each flotilla will have 3 hours to push back 100 Sentient Murex ships. Depending on your Flotilla Rank, you will get a bonus amount of Warframe Scarlet Credits to spend, if you succeed in pushing back the 100 Sentients. Following are the ranks and bonus credits you will receive for each:

To rank up, you will simply need to run Ground or Space missions from the flotilla terminals on each side of that relay. Once you have gained the max Rank and Credits you can go to Little Duck to purchase items in its inventory. More items will continue to be added to it over the coming weeks.

You have 28 days to succeed in this event, so remember to not push yourself so hard that you decide to give up even before the fun starts. The game is overall pretty simple and similar to mobile defence.

Start the event by buying the OpLink from Little Duck, for 1000 credits. It is needed to link you to other squads. In-Ground Mission, you will be running from area to area killing the massive Condrix, along with sending kill codes to different squads through the OpLink. When you have damaged the Condrix in these missions, you will be told to drop the OpLink in the marked area. This should be done by everyone in your squad at this point, as it enables you to run the mission much faster. 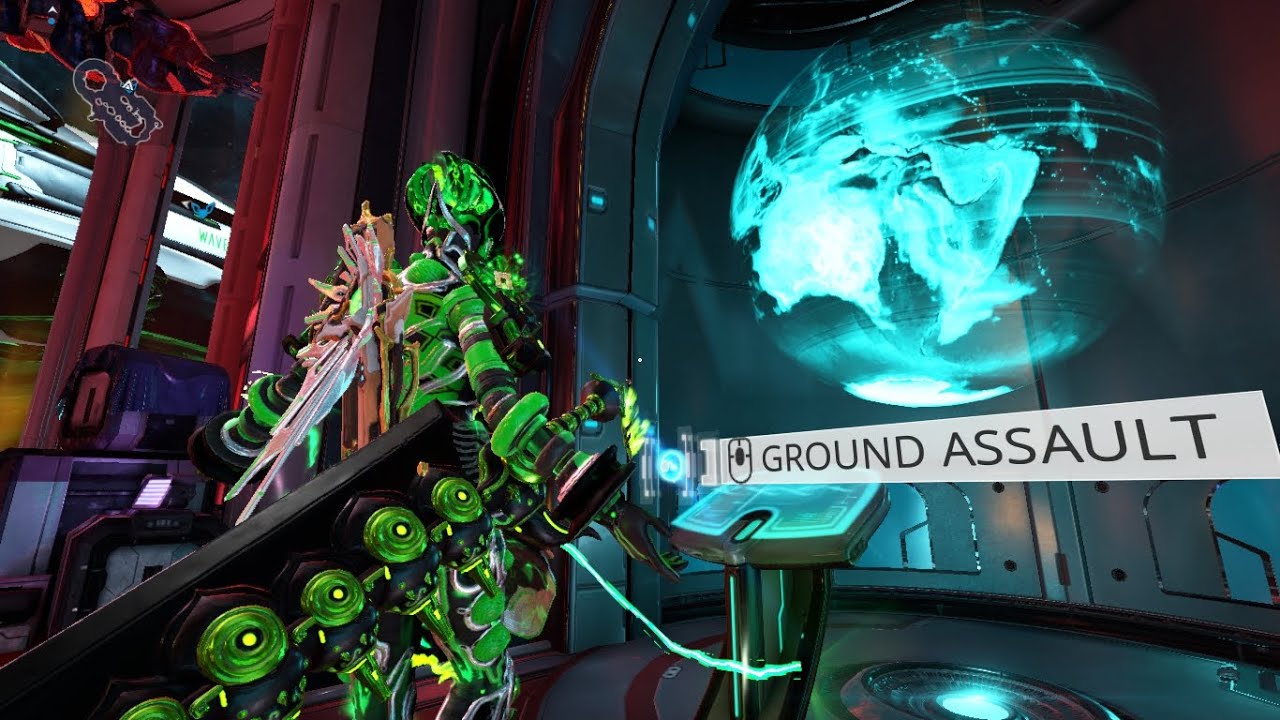 The Oplink will take a lot of damage once the enemies start to scale up, so bring in one defensive frame in your squad. Whether it’s Frost, or Limbo or weapons like Kuva Bramma, all will deal a lot of damage. Anything that can hit the Murex hard in the eyeball, will do the job.

The Ground Missions are endless, you can stay in them as long as you want and can scale up pretty quickly. However, do keep in mind that the more upscale the enemies become the higher will be the damage amount on the OpLink. If your OpLink is destroyed, then you can no longer deploy it in and will have to leave the mission.

The Space Raids are pretty similar and like a two-pronged mobile defence mission. Your squad will have to separate in space and your ship will escort a beacon to a certain point beside one of those Murex Ships. They will then drop it to link up with a ground squad.

Next, two of your squadmates need to enter the Murex Ship and drop down one of the OpLinks in a certain area to get kill codes from the Ground. Similar to the ground missions, once you deploy your OpLink, you will need to defend it against oncoming enemies. Having any kind of defence frame is recommended here.

Now for the other two teammates, who are outside flying around on the rail jack, basically have to shoot down enemies along with staying alive themselves. They will need to stay up against the new Sentient ships and take down the boarding parties.

The enemies scale up pretty fast in the space mission. By the time you get to the 4th ship, the enemy ships will have reached Level 150. At this point you will not be able to deal any damage to them, so all you can do is fly around and not die.

Now the good thing about the Relay being in space is that once it’s deployed, it is immune from damage. So it will not be hurt by any of the Sentient ships. However, once you link back up with it and try to fly it to the next Murex Ship, it will start to take damage. So speed will be the key to accomplish that.

Now if a comparison is to be done between the ground and space mission, in Space you can get 1,250 Credits per run for 4 Murex ships. Whereas the Ground missions will give you about 1,000 credits for about the same amount of time spent on the mission. So the Space missions seem to be the better option but are not for a lot of players who don’t like or own a Railjack or prefer to play solo. On the other hand, the ground missions can be played solo. So according to your preference, you can choose the mission you are most comfortable with.

This wraps up the guide. The event is running on for quite some time so just use the tips mentioned above, and despite the grind it admittedly presents, you will be able to acquire the max amounts of credits which will be extremely valuable to get those wondrous Arcanes, Weapons, Blueprints and other items stored in Little Duck’s treasure trove.