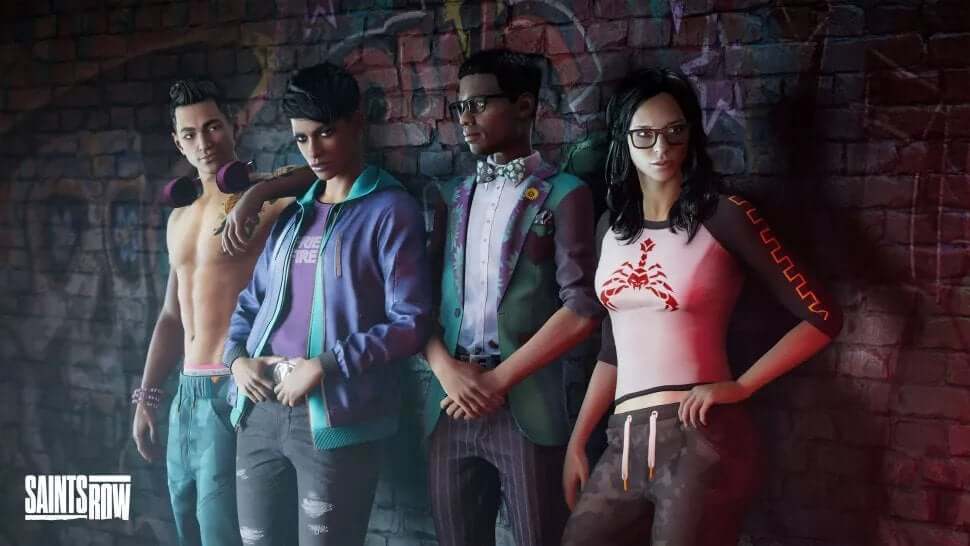 Saints Row 2022 has been out for a while now and it is a reboot of the franchise, taking it back to the roots. The superpowers are gone and this is supposed to be a more serious Saints Row Game. I have yet to finish the game as I want to explore and enjoy it as much as I can. I have spent about 50 hours in-game and have a good idea of what it has to offer. Here is our review of the rebooted Saints Row 2022.

As someone who has played the previous games and enjoyed them a lot, I have to say that Saints Row 2022 did not overwhelm me with joy but I was excited about the game when it was first announced and that it is fun to play now that it is out. I should point out that I was one of the people that pre-ordered the remaster of Saints Row the Third and finished it.

Out With The Cockery In With The Maturity

I am guessing that the devs thought the audience that played these games had matured with the game and that a reboot would be in order. I get that but I do have to say that some XX content would have been a nice touch. You can still cause a lot of chaos in the game and there are plenty of things to keep you entertained for at least a couple of hours.

There are some great action sequences that make the game worth playing and you also get to see how the Saints came into existence. How a group of misfits end up forming a gang and making it a criminal empire is a fun ride indeed. This is a Saints Row game to expect plenty of explosions, crashes and people getting shot.

It is worth mentioning that like many others I was a bit skeptical about the lack of “adult content” in the game and I do miss that but as it turned out, I am not 18 anymore and can do without all that jazz to keep me entertained.

As you progress through the game, you are introduced to the various gangs and the private security that you will face off against. One of the gangs, The Idols seems to have been pulled out of Watch Dogs Legion and has more character and is more memorable than the rest but the enemies do lack personality.

Seeing how players are going to face off against waves of enemies in each and every mission, it would have been nice to see some more personality and a bit of enemy variety. You could take a rocket launcher and blow everyone off the face of the earth without knowing which enemy faction you are up against.

Combat Is Ok-ish, So Is Racing

Shooting enemies did take some getting used to. I had to tweak the settings a bit on PC in order to get things right. As a seasoned Destiny 2 player I like to control my aim and by default, the crosshair sticks to enemies when you aim down sight. I found that rather annoying during the opening missions but it was a quick fix.

During combat, you can use finishers and you also have access to 4 abilities at a time. I usually stick to traditional shooting and only used the skills if I was pushed into a corner. Finishers did break immersion at times and the animation could be better but nothing too major. There is something for everyone when it comes to combat. If you like spamming skills then you can do that. If you like shooting and using grenades as I do then you have that option as well.

Driving is not the best and handling vehicles does take some getting used to but having a dedicated button for drifting is a lot of fun and makes roaming around the open world in style much easier. You can also ram into the police causing their cars to blow up which gives off a Fast and Furious vibe.

The customization options in this game are great. You have all kinds of options you can tweak in the character creation menu. You can change your character’s appearance any time you want and really go crazy with things such as chrome skins. You can also use characters created by members of the community and share your created characters as well.

Other than that, you also have weapon and vehicle customization. While these options are not as extensive as the character creation options, they are still nice to have and allow you to personalize your weapons and ride. I made a rather vanilla female character and got a nice outfit once I was able to.

While some would argue that the graphics look last-gen and so are the game mechanics and they would not be wrong. But this is still the best-looking Saints Row game that we have right now. The open world might not be as impressive or rememberable as GTA5 but that game has been around for a long time now. While GTA5 is updated regularly and people still play it, as someone who has not touched it in years, Saints Row 2022 is a nice change and I really appreciate it even it does not reinvent the wheel.

Playing the game at launch, it was clear that the devs needed more time to polish it and iron out the issues. There was a launcher issue that kept me from launching the game and I had to make do with a workaround. That is a bummer and kind of lets you down seeing how I wasn’t even in the game yet.

Once in-game, there were plenty of mission markers that were not positioned correctly and I would get prompts of leaving a mission even though that was not the case. The devs are working on these issues and with a view patches, things should be much better.

Why I Don’t Get The Hate

I have seen some really bad comments and reviews for Saints Row 2022 and while I respect what critics and players have to say I really don’t get the hate. The devs and marketing never hyped up the game to be something that it is not. If it was overhyped like Cyberpunk 2077 then I would be really disappointed for sure but that was not the case here. As far as I know, the developer has been very transparent about the game and did not oversell it.

While the launch has been rocky, the bugs and physics can be fixed down the line via patches. Not to mention that more content can be added to add some much-needed variety. There is little in this game that cannot be fixed. Would I pay $60 for it? No. Luckily, I did not have to due to regional pricing. I would not recommend paying $60 but if you are a fan of the franchise then you should pick it up once it is discounted. I paid $25 for the base game and would be fine paying up to $30.

While Saints Row 2022 does not have the best current generation graphics with features such as global illumination or ray tracing, it is still the best-looking Saints Row game that we have right now. It is a lot of fun to play and you can easily sink 50 hours into it. Some bugs need to be fixed and the open world is not the most memorable but seeing how the Saints Came into being is a fun ride to be on.