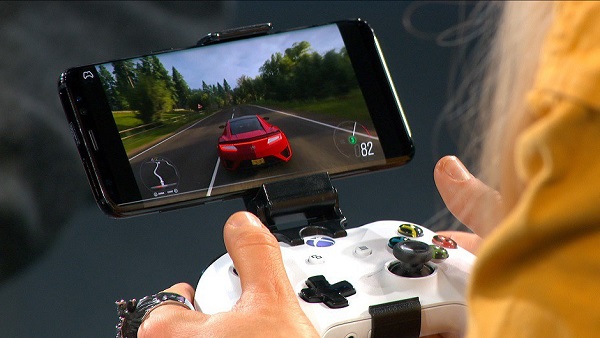 Microsoft’s rival to Google Stadia, Project xCloud streaming service is getting a console. According to insider Brad Sams, Microsoft is actively working on the Project xCloud console that is designed to give a better streaming experience.

Microsoft is trying to do something similar to Google Stadia. Google’s streaming service comes with a controller that connects with your router for a seamless experience. The idea is to offer a better experience compared to running through a browser, but in what way exactly? For now, all we know that you can connect your controller to this box and that it is a “low-power, low-latency device.”

xCloud details are murky so we assume it might also feature browser streaming.

Anyways, the rumors of the streaming console machine aren’t new. Microsoft’s plan leaked last year and at the time it was referred to as “Scarlett Cloud.” However, at some point Project Lockhart took over and Cloud-based console was reportedly put aside. But it seems Microsoft wasn’t done with Project xCloud console aka “Scarlett Cloud” after all.

Now that Lockhart is out of the picture, a console that was supposed to be an entry point for next-generation, Scarlett Cloud could take its place. Specs wise this console will offer very little. It is just a device to connect your Xbox controller to. The experience would just a little bit better compared to a browser or a TV. It isn’t far-fetched to say Scarlett Cloud could add other features to rival Apple TV and Chromecast. A simple box to connect your controller isn’t very enticing to the consumer, is it?

Project xCloud will rival Stadia and will be an entry point into the next generation of gaming. Mix this with Microsoft Xbox Game Pass and we may have a winner. Microsoft has a better chance of succeeding with its streaming service simply due to its reputation as a gaming company.

The biggest concern with Google is that if/when Stadia fails, what will happen to your games? Those concerns don’t bother those interested in Microsoft’s Project xCloud. While the project is actively being worked on, its release may or may not happen. Many such projects go into development but never see the light of day.

We will know more about this at E3 2020 during Microsoft’s press conference.