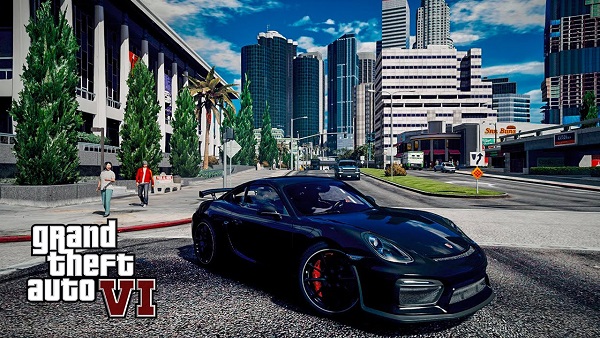 Every other week there is a new leak and rumor regarding Rockstar’s next Grand Theft Auto game. We now have another GTA 6 “leak” from someone who claims to be a student who’s been working at Rockstar Games for the past two years as part of his “education.”

The person is an environment artist and worked on games such as Red Dead Redemption 2, LA Noire: The VR Case Files, and Grand Theft Auto 6. According to him, his knowledge of the game is limited to the map and the possible release window.

The game is mainly set in VICE City but the map is huge with surrounding beaches, swamps, farmland, small towns, and a Tampa inspired medium-sized city. There are 5 Islands known as the Gator Keys that are based on the Florida Keys. The map features a giant highway that goes North to Liberty City with a few small-town in-between.

I’d say the highway distance from Vice City to Liberty City is about the size of the highway that stretches around the country area of Los Santos but instead of going around a map it’s just going up to Liberty City. Can’t say for sure, I’ve only seen it once.

Now for the possible release window; their deadline to complete the environmental work is 2020. The developer has “no doubt” that a reveal trailer is coming next year and a late 2021 or 2022 release is likely.

About 90% of the environment work is complete, we just need some finishing touches. The interior people are still finalizing building interiors and have recently gone to Miami to get some references for decorating the interiors.

Grand Theft Auto 6 will be worth the wait, he said. Of course, as with any other leaks like this, we should be skeptical and take it with a grain of salt. Until Rockstar Games confirm something, everything is pure speculation and rumor. But one thing we can be certain about, GTA 6 is a next-gen game. It might be released on current-gen hardware, GTA 5 was a cross-gen title as well released close to the end of that era. Rockstar Games could do the same with GTA 6.