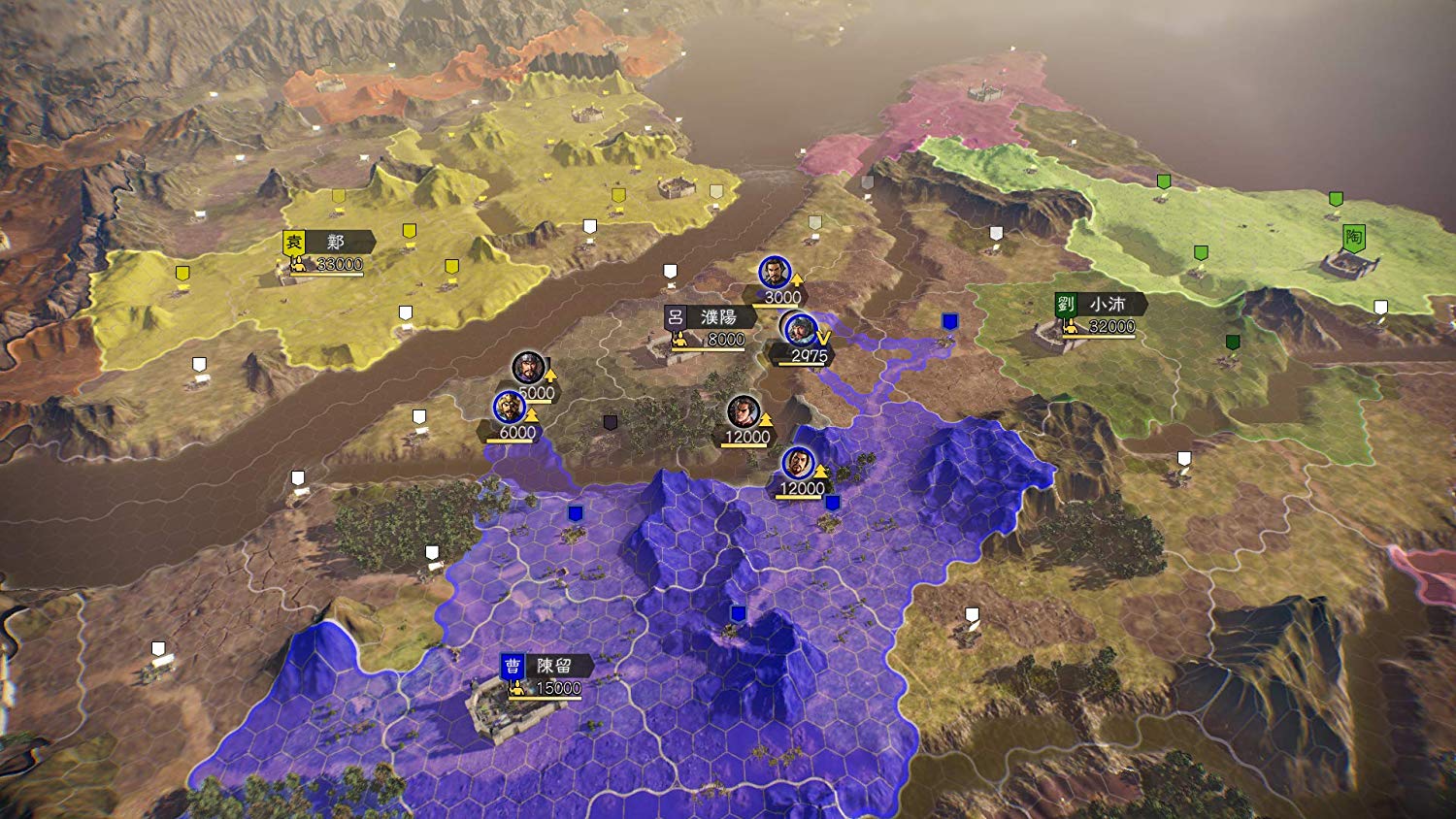 In Romance of the Three Kingdoms XIV, villages are dotted all over the map that reap bonuses for the cities surrounding them. Most bonuses exclusively benefit the city the village is attached to (which is by default in the game, as a village will attach itself to its nearest city if you are controlling all the cities around it). These villages provide their bonuses in full, which means that if you placate one that provides +500 commerce than the city’s Commerce will immediately gain a bonus of +500 points minus any raising.

You must not forget to placate the villages around your newly conquered territories as villages are a powerful element in the game. It is also important to keep these villages away from the clutches of your enemies. Boosts are available for Farming, Population, Commerce, Leadership and Morale (beginning strategy points for Control battle).

They are made even more important by the PUK as you are able to construct outposts for the villages and can empty the strategy points. The number next to the name of the control point will show you which outpost can be built upon it. There are five levels in total and there are different advantages for direct control and on map battles. Level 1 control points give you 500 DUR while level five control points give you 1250 DUR.

Level 1 Fortified Camp: It improves defense when in map battle and durability of the main camp is increased when in direct control battle.

Level 2 Music Tower: It restores the morale when it is garrisoned on a map battle or in the main camp while a direct control fight is going on.

Level 3 Infirmary: This restores wounded troops whether garrisoned in map battles or in the main camp in direct control.

Level 4 Depot: It restores supplies when garrisoned in either a map or direct control battle.

Level 5 Guard Camp: It changes the battlefield into a gate, for example, Hu Lao. 2500 DUR.

There are also some special cities that grant you special units, There are seven of these in the PUK and six on the whole map. In ROTK X you were only able to train units in specific locations, but in this game coaxing these special villages enables you to unlock the special troops for your whole force.

The special troops although have similar stats to the Heavy and Elite forces (apart from one) however they do possess added effects. To use these units, you must have the required points of 2000 for Elite units and 1000 for Heavy Units.

You can use strikes which are critical attacks inflicted when you pit a unit against its weakness such as Spear against Horse, Horse against Bow or Bow against Spear. A few of the officer abilities also grant you strikes.

The Eastern Infantry (Heavy Spear): It is found close to Chengdou (Lou). Its strikes are stronger.

The Armored Infantry (Heavy+Elite Spear): It is found near Jianning (Louwo). Succumbs to fire. Possesses the cost and stats of Heavy Spear but DEF of Elite Spear.

The Quinzhou Infantry (Elite Spear): It is found close to Jibei (Jinan). Its strikes cos your morale.

The Xiliang Warriors (Heavy Horse): Its found close to Tianshui (Pingxiang). Its strikes are stronger.

The Tiger Cavalry (Elite Horse): Its Found close to Puyang (Juancheng). Its strikes are capable of draining the enemy forces’ morale.

The Mounted Archers (Elite Bow): It is found close to Changan (Qi). Its strikes are stronger. Possesses mobility of the horse units.

The Elephant Riders (Elite Horse, Puk Only): It is found close to Jianning (Tongbing). Has the highest Attack compared to all other units. Mobility is identical to Bows and Spears. It can deal higher damage to structures or gates (180 to Elite Horse unit’s 60)

That is all for our Romance Of The Three Kingdoms XIV Villages guide. If you are facing issues running the game then you can check out our error fixes guide to learn how you can solve your problem.