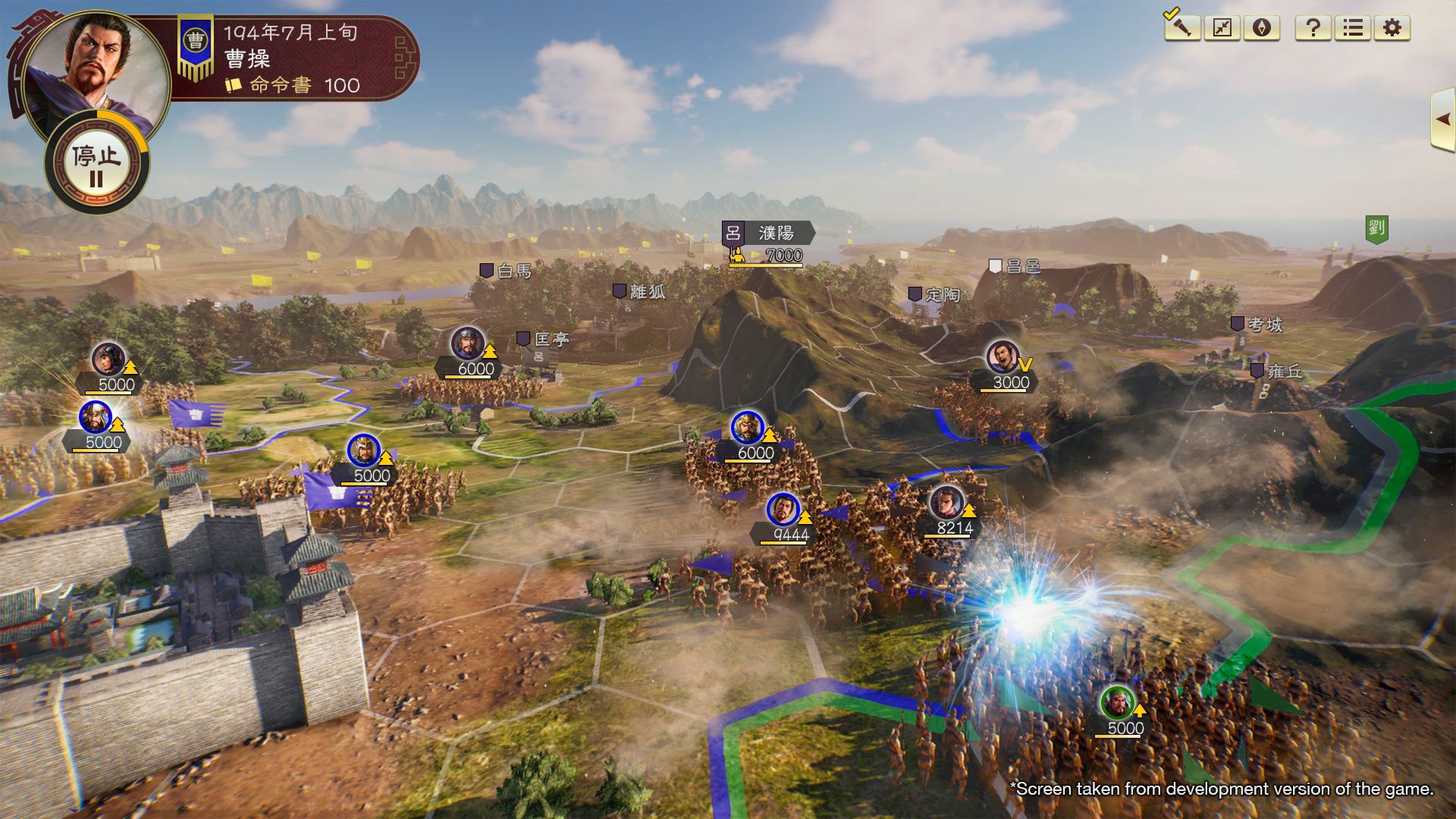 Romance of the Three Kingdoms XIV, similar to its previous editions, is a game that is heavily based on its domestics. But you also need to work hard to conquer the opposing forces in order to defend your cities. A strong military force must be built that is capable enough for that task. In this Romance of the Three Kingdoms XIV guide, we are going to go over what you need to know about military and fealty.

The development of your forces is dependent on the LEA stat and is divided up into Spear, Bow and Horse. As the number of your military is improved, the ability to construct facilities that enable improved military-trained is unlocked.

Just like Prosperity, when a type of military unit is raised to the max it’s upgraded to the next level. Heavy units are unlocked at a 1000 points, and Elite is unlocked at 2000. You must pay gold for each unit (10 for Heavy, 20 for Elite) in order to deploy it.

Both these units have considerably higher stats than the Light units and they also begin with a high morale level. Also, upgrades in the form of special units are found in particular villages (some of these are improved Heavy units while others are upgraded Elite ones).

However, numbers are still required as they are more like health points for you when in battle. A new stat, Fealty, is introduced in the game. This is improved by the WAR stat and in turn, brings improvement in the growth of population and rate of troop recruitment in your city.

Fealty is an extremely necessary stat in the world of ROTK XIV, as it not only affects the rate you acquire new military recruits, but also the quantity of supplies and gold you get each season. It is also the easiest of all the stats to raise. Your character can duel while on Hunting Patrols against a Bandit which gains you +10, a Bandit Lord which gains you +20 or a Bandit King which gains you +30.

The PUK gives you the option where you can scare away the bandits which also gains you the same amounts of stats when successful.

That is all for our Romance of the Three Kingdoms XIV military and fealty guide. If you are interested in learning more about the game then you can check out our guide on councils in the game.