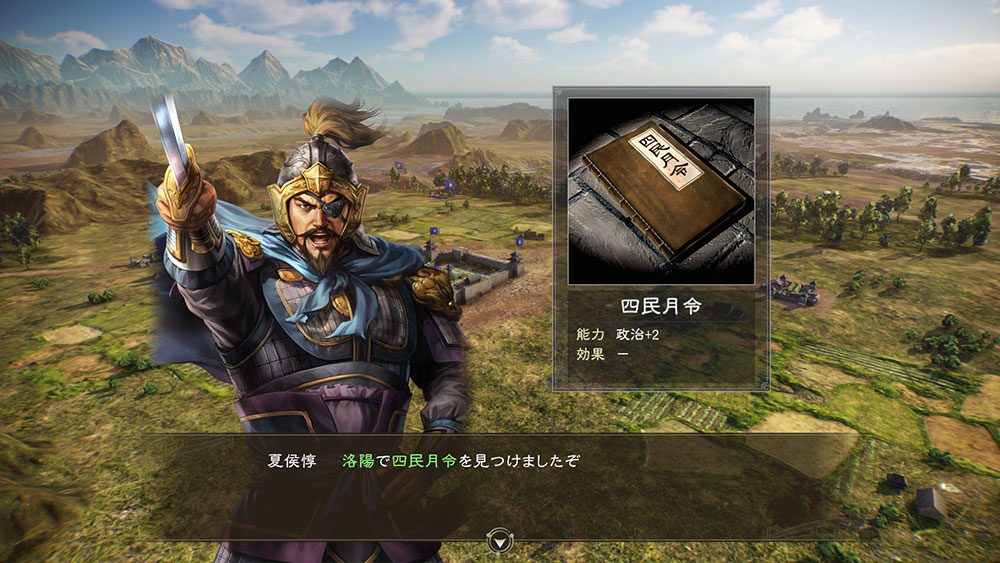 Commerce, Farming And Culture In Romance Of The Three Kingdoms XIV

In this game, each of the cities has these three basic stats. The amount these stats can be raised during gameplay relies on your GOV stat. While playing you will realize that the amount can only be raised to a certain level according to the Prosperity of the city in question. After you manage to raise all three stats up to the max, your Prosperity level will upgrade and the maximum will be increased.

For every city the base max stats are the same: Low Prosperity – 2000, Medium – 4000, and High- 6000. This is apart from the bonuses gained by Villages and Tech. As you reach higher, the progress is slowed down by cutting the amount acquired after doing Culture, Farming and Commerce.

When you are able to raise these stats, you will be prompted to construct a new facility (unless it is put in Auto in options). The amount you acquire is improved by some of the facilities by raising values, while other facilities will have special effects like improvement in your stat EXP, added on to them.

Now Culture is the Tech skill from previous ROTK games. Every thousand that is raised by the player in this stat allows them to unlock a Tech in the city. All of the cities have various techs and you can get two techs only depending on your prosperity level. Also the techs cannot be changed once you get them.

The most essential stats in the game are Farming and Commerce because they affect the number of Supplies and Gold you get each season (four each year).

Gold is useful for the development of a player’s cities and paying the seasonal wages of the officers. Further on, you need it to pay the Elite and Heavy troops of your cities. If there is not enough Gold in your city to pay the officers, you will lose their loyalty. You need to keep checking your cities to see if their revenue is going in negative (it will be shown as a red negative number)

Unlike previous titles of this game, you will be receiving supplies each season. Your supplies are necessary for the times when you deploy your forces, and also for keeping your army well stocked when they arrive at another one of your cities. For buying and selling supplies, certain facilities need to be built. As there isn’t a deficit attached to supplies, selling them can come in handy to replenish your reserves of Gold.

That is all for our Romance Of The Three Kingdoms XIV Commerce, Farming And Culture guide. If you are interested in learning more about the game then you can check out our guide on military and fealty.