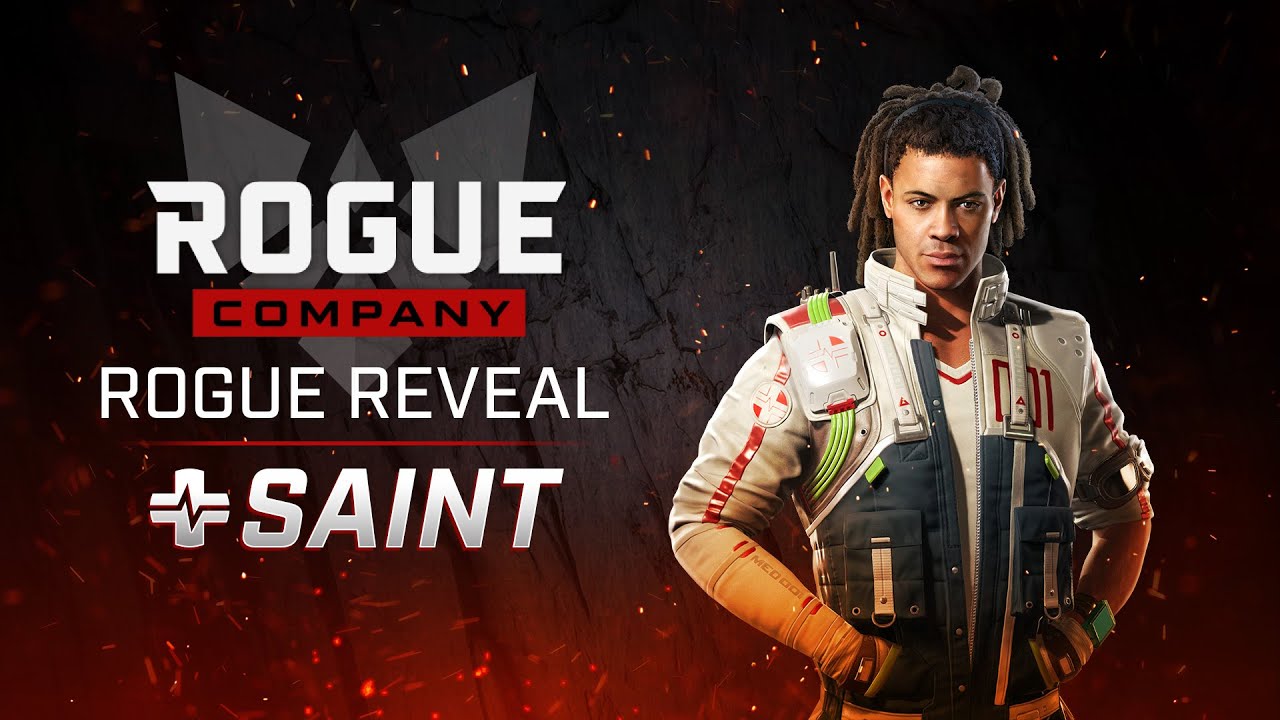 An ex-member of the elite Pararescue unit, Saint in Rogue Company is all about saving lives. In this Rogue Company Saint guide, we have detailed everything you need to know about this rogue’s weapons, abilities, grenades, and best perks that you should use in the game.

Saint has 2 primary abilities – one active and one passive. His passive called, Medical Expertise, gives a burst healing effect when reviving a teammate. His active is called Revive Drone which lets him send a Medical Drone anywhere on the map to revive a downed ally.

There are a total of 4 weapons at Saint’s disposal. These weapons have multiple tiers that further enhance their capabilities:

MLX Mark 4
It’s a scoped AR with the following tiers:

Mamba
Mamba is supposed to be more accurate than MLX Mark 4 due to its burst-fire mode:

Executioner
It’s a semi-automatic pistol that has fairly good hip-fire capabilities. If you don’t like ARs, it’s a good alternative to experiment with:

Throwing Axe
Throwing Axe is arguably the most unique weapon in Saint’s arsenal. Nothing feels better than running around with a tomahawk flying at people:

Saint has access to 2 different types of grenades in the game. The first one is a Smoke Grenade that restricts enemy movement inside the smoke and also blocks vision. And the second one is Trip Mine that automatically detonates when an enemy approaches it. You can upgrade these to carry more grenade charges and gain additional effects.

In this section of the guide, we’ll talk about different perks that Saint has in Rogue Company. We’ll give you a brief overview of what these perks do and which one should you choose: