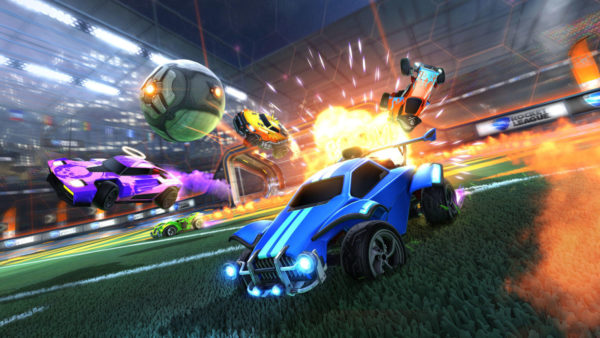 Rocket League PC is facing errors and issues like Fatal error, the game not launching, crash at launch, WSOD, VCRUNTIME140.dll missing, and more. Here I have compiled a list of errors and issues with the game along with their fixes and workarounds.

Rocket League is a beloved multiplayer game. However, the PC version of the game is still facing errors and issues like the crash at startup, fatal error, and more.

Rocket Players are facing random crashes while playing the followed by a Fatal Error. This issue is probably being caused by the display driver. If you have updated GPU drivers then roll back to a previous driver version and the error will be fixed.

However, if you don’t want to take the risk by tempering with GPU’s clock speeds then reduce the max FPS. Open Nvidia Control Panel > Manage 3D Settings > Program Setting > select the game from the drop-down menu. Look for the “Max Frame Rate”, turn it on and set the Max FPS value. This is a bit of trial and error. You will have to determine yourself that at how much FPS the game becomes stable. This will fix the Rocket League Fatal Error.

Some players are experiencing Fatal Error at launch. This can be fixed by disabling cloud synchronization. Open Steam > Settings > Cloud > uncheck “Enable Steam Cloud Synchronization”. Go to Documents > My Games > delete the Rocket League Folder. You might have to do it every time you launch the game. Start the game and it’ll run without crashing.

Another thing, make sure your GPU fully supports DirectX 11. Some older GPUs have partial DirectX 11 support which causes the Fatal Error.

A lot of Rocket League players have reported that the game doesn’t launch for them or just crashes at launch. Here are a few things that’ll fix this issue.

One reason for the game to not launch or crash at launch might be compatibility on Windows 10. Open Steam > right-click Rocket League > Manage > Browse local files. Go to binaries > win32. Here, right-click the game’s exe > Properties > Compatibility tab > run program in compatibility mode for Windows 8. Apply the change and run the game, the issue will be resolved.

If the issue still persists then your anti-virus or Windows Defender might be blocking the game’s exe. You need to disable the anti-virus alternatively, you can exclude the game’s folder from the anti-virus. Verify game files, launch Rocket League, and it won’t crash.

Using third-party monitoring tools like MSI Afterburner or Geforce Experience can cause Rocker League to crash at launch. Disable any third-party tool you are using and the issue will be resolved.

According to Rocket League players, the game just crashes as soon it launches which is followed by a white screen of death. This issue can easily be fixed.

Navigate to “Documents\My Games\Rocket League\TAGames\SaveData”. All you need to do is delete the “SaveData” folder but, make sure to back it up before deleting it. Delete the folder and the ESOD issue will be fixed.

If that doesn’t solve the problem, then the follow the steps below.

Double click this newly created file, and the game will launch without crashing and WSOD.

Missing .dll files is a common issue with PC video games and apparently, Rocket League is not immune to it. According to players, they are getting the following errors.

This can be easily fixed by uninstalling Microsoft Visual C+++ Redistributables and reinstall them, both x86 and x64 versions. This will fix the errors.

Stuttering, low FPS, and random FPS drops are common performance issues with PC video games. Here is how you can fix stuttering in Rocket League and improve FPS.

First, make sure you have installed the latest GPU drivers. Also, make sure there is no background process using too much of your CPU, GPU, or HDD.

That is all for our Rocket League fixes for errors like Fatal Error, MSVCP140.dll missing, crash at startup, and more. If you are facing other errors and issues with your PC and video games then also see our hub for commonly occurring PC errors and their fixes.