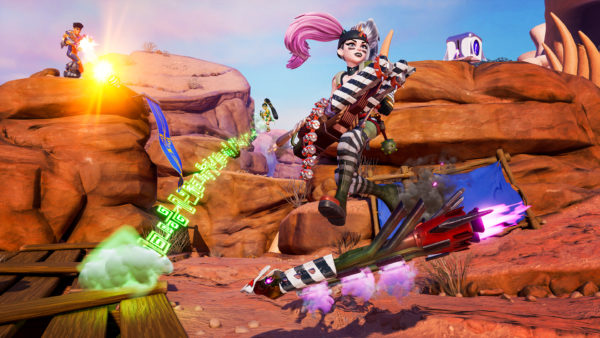 There are 10  characters in Rocket Area with their own skills and abilities. In this guide, we will explain everything we know about Rocket Arena character abilities and skills, and give you pointers on how to play different characters.

Choosing the right character depends on your playstyle. Rocket Arena has a variety of characters that play very differently from one another. They have unique abilities, weapons, and moves. There are three types of abilities – Primary, Secondary, and Specials. Rocket Arena character Specials are ultimate abilities. 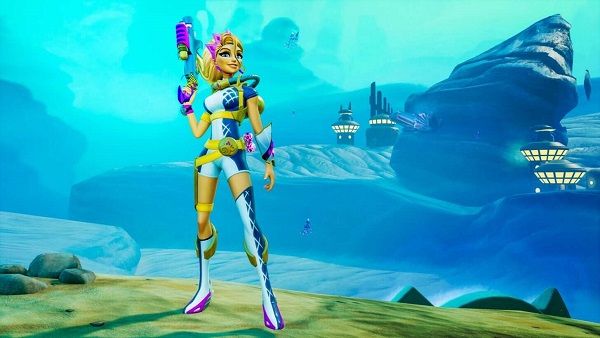 Amphora is a fast striker in the world of Rocket Arena. She holds the frontlines and uses her charged torpedos and homing mines for devastating combos. She can trigger her Hydro Form to quickly chase down enemies and kick them out of the arena in a powerful cyclone. Amphora character abilities are as follow: 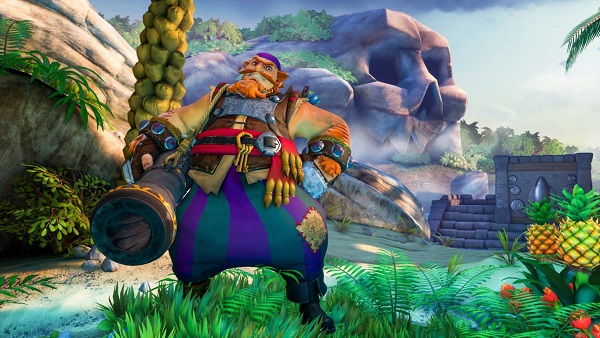 Blastbeard is a heavy-hitting character, he is the brute of the group. He uses Cannonball and Anchor Rockets to deal a significant amount of damage. His Shockwave can blast enemies and even kill their rockets. He is extremely effective at mid-range combat and can hold down objectives. Blastbeard character abilities are as follow: 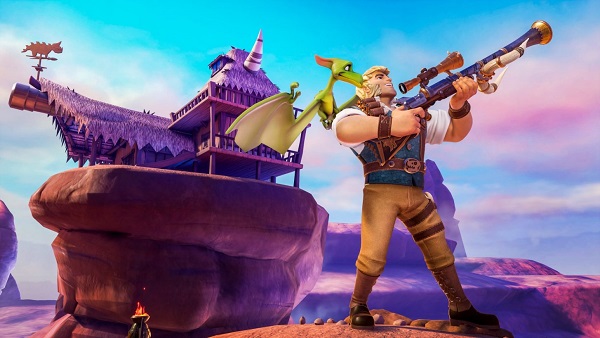 If you are a long-range player Boone is the character you need to check out. His Megadon Scope lets you attack with precision. His special is Zik’s Vortex that can be used to push enemies skyward. It is hard to hide from Boone. 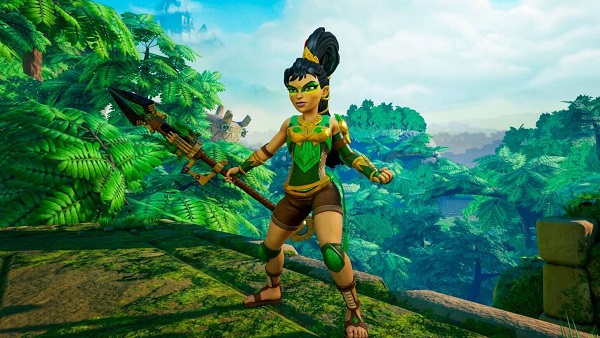 Izell excels at taking down weakened opponents and putting pressure on the enemies, creating defensive lines. She is also fast so mobility is high, making her move around the map much faster than enemy players. Her mobility makes her a great pick for objective-based game modes like Rocketball. Izell character abilities are as follow: 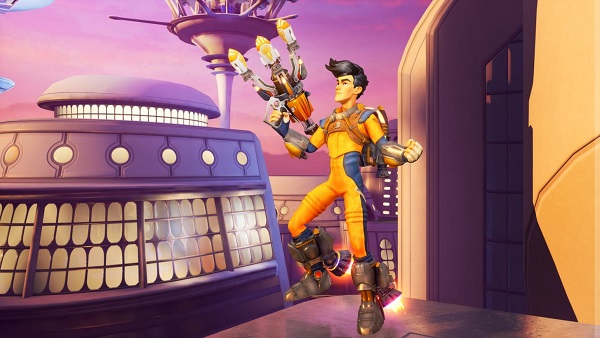 If you are looking for an offensive character with good mobility, Jayto is the way to go. He can lay down support fire to turn the tide of battle using his supercharging thruster suit. He can also use his versatile thruster suit to switch between offense and defense easily. Jayto character abilities are as follow: 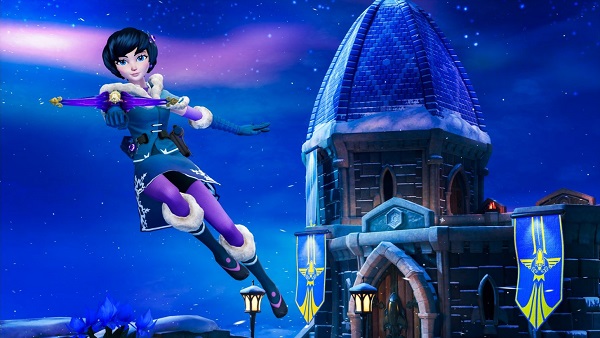 Kayi can pick off her enemies with charged strikes from her crossbow. She also has a grappling hook that boosts her mobility. Kayi is one of the best KO finishers in Rocket Arena. She provides utility defense for her team by creating a protective field that slows down enemy projectiles and shields allies. Kayi character abilities are as follow: Mysteen uses magic and uses her spells to great effect. Using her spells she can create a shield to block all enemy projectiles. She can create her doppelganger to confuse and misdirect enemies and she can swap places with the doppelganger at any time. Mysteen character abilities and skills are as follow: 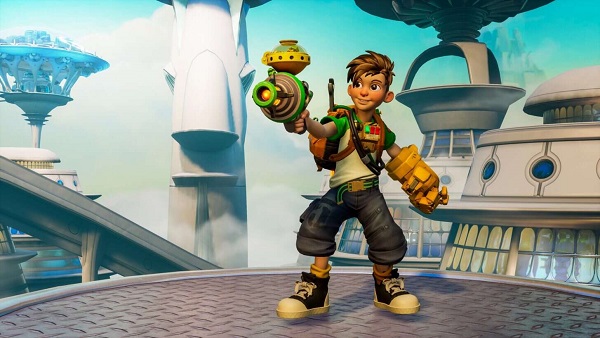 If skirmish is your strong suit, Plink is the character you want to pick in Rocket Arena. He can teleport to get behind enemy lines and surprise attacks. He can attack from the back if you are pushed back and break the stalemate. Plink has high mobility which makes him a hard to hit target. Plink abilities and skills are as follow: 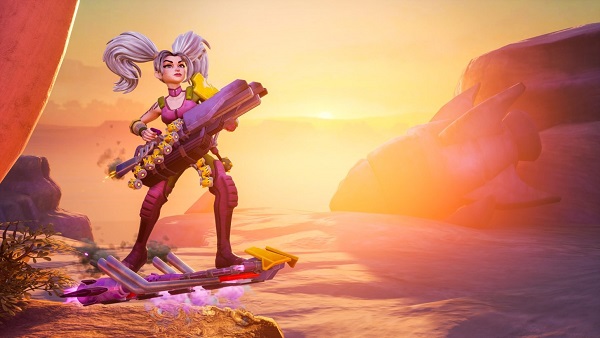 Rev is extremely aggressive on the battlefield. She uses a hoverboard to rush the enemy which makes her a great offensive choice. She is a frontline competitor for aggressive players. Rev’s offensive abilities allow her to put extra pressure on the opponents. Rev character abilities are as follow: 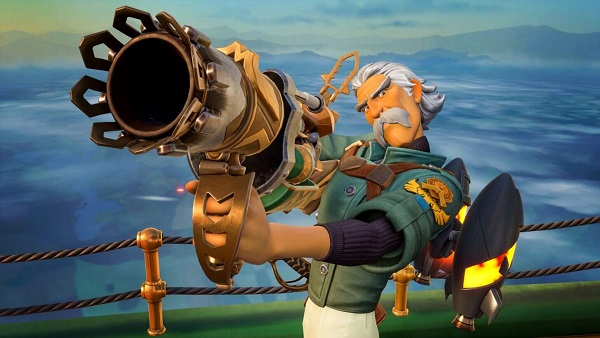 Topnotch is the cavalry, he excels at long-range rocket aerial bombardment. He helps allies with laying down heavy support fire. He can also cook grenades and detonate them remotely. Topnotch character abilities are as follow:

That’s all for the Rocket Arena character specials and abilities, check out the Wiki page for more information about the game.