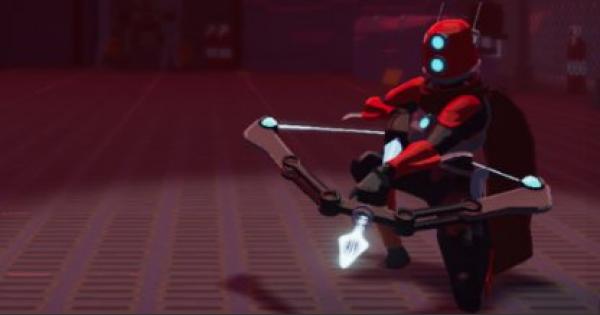 Huntress can be acquired after you beat the entire third teleporter stage without dying in Risk Of Rain 2. Huntress is one of the most complex characters in the game. She can devastate at long range and support sharpshooter. Her long cooldowns can be a pain but if you get used to it then you’ll dominate enemies.

Huntress can make use of a lot of items efficiently. Items like Harvester’s Scythe, Medkit, Leeching Seed, Tougher Times etc can be useful in letting her not die instantly. Items like Energy Drink and Goat’s Hoof increase your mobility and let you dodge attacks better. Items like Bustling Fungus and Cautious Slug can be used as they provide healing outside combat. Foreign Fruit can be useful in the early period when you get her to increase surviving chances.

Items like Alien Head, Bandolier Magazine and Brainstalks are very useful in late periods with the character so you should try hard scaling them as much as possible. Hardlight Afterburner provides with greater agility. Items like Old War Stealth Kit and Hopoo Feather increases speed and mobility. Items like Will-o-Wisp, Happiest Mask and Gasoline can help your glaive to direct to another target after killing someone.

This skill basically allows you to shoot a seeking arrow for 150% damage. The skill is very important in early period when you get her. The skill having no cooldown can be very useful as compared to the long cooldown skills. In a later period, strafe won’t be much of use. The skill can also be performed if sprinting.

The skill shoots a glaive which does up to 250% damage. The glaive can bounce up to 6 times and there is a 10% damage on each bounce. It has a 7-second cooldown and it is used mostly for dealing with multiple enemies. The skill is great against crowds but you should be able to predict their movements to calibrate the best shot so it bounces for most damage.

The skill can also be useful in scouting. Attack speed increases throw speed. Laser Glaive is one of the skills that good in the early period and later period as well. The cooldown can be a pain to deal with but other skills can be useful in its cooldown session.

The skill basically allows you to teleport distance ahead. The skill has a 7-second cooldown. The ability makes you invisible so because of that enemies will direct their attention towards someone else if present during your teleportation. You can mix this skill with many damage skills and confuse enemies very good.

The skill allows you teleport up and target any area for arrows to rain upon. It deals 225% damage and also slows enemies in the area. It takes a 14-second cooldown. This skill is also good for crowds. If you are getting pushed into a corner use the skill to deal with the crowds. You will stay for some time in the air and then fall back down. You can use your Blink skill before falling.

This marks the end of our Risk of Rain 2 Huntress guide. If you are interested in learning more about the game then you can check out our commando guide.  You can also check out our guide on how do beat all the bosses in the game.