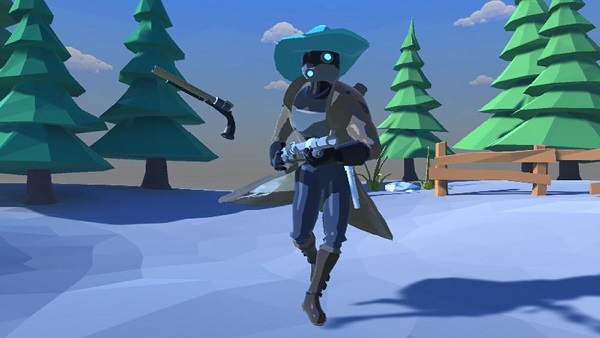 Engineer can be acquired after completing 30 levels in the game. The Engineer is another interesting character to play. He has high damage and decent health. His skill’s cooldown can be a pain but if you get used to them you can devastate people. This guide will include all the details on Engineer in Risk of Rain 2.

Engineer can make use of a lot of items efficiently. Items like Wax Quail and Milky Chrysalis improve your mobility. Items like Brainstalks and Alien Head can bring damage boosts. The Hardlight Afterburner is a very important item. It can make you and your team virtually invincible.

This skill allows you to charge up to 8 grenades which deal 100% damage each. These grenades can be charged for maximum damage upon enemies. The grenades are perfect for long-range and if all of the grenades hit your target you can deal around 800% damage.

Charging allows you to fire twice as many grenades. Don’t use then in close range as you can get caught in the blast radius too. Don’t use another skill while charging the grenades because it will cancel the charge on the.

This skill has an 8-second cooldown per charge. These are mines that explode when an enemy steps in them. You can place 10 at a time in an area. If you try to place the 11th one the first one will disappear. The good thing about these mines is that you can use them in quite different ways. Firstly as stated above you can place them in an area and wish for someone to step over them. The second is to predict where the enemies will go and place them in their path. The third way is that you can stick the mines onto enemies. Trying to stick them on someone can be useful if they are near your turrets or some other area.

This skill has a 25-second cooldown. It takes up a lot of damage and it lasts for around 15 seconds. Enemies still can walk through your shield and attack you from inside. You can stick your mines onto to it to damage enemies coming near the shield. You can throw grenades that bounce off the shield and can even do damage to aerial troops.

This skill has a 30-second cooldown so it can be a pain waiting for it to come back. You can use Leeching Seed or Infusion to heal the turrets and give them a buff with other items. You can drop 2 turrets in an area and watch them do some good damage until they get destroyed in mere seconds. If you place a turret on top of another turret they will become healing stations that will each other as well. Holding onto a turret can be useful as you can get pinched in a spot and because of their cooldown, you can die. But if you have a turret you can just throw it down for bait to take damage while you take high ground or something.

The best way to play Engineer in combat is to place both your turrets then lay down mines around them and use bubble shield around them.

This marks the end of our Risk of Rain 2 Engineer guide. If you need more help with the Risk of Rain 2, check out our Commando,  Huntress, and Challenges guide.