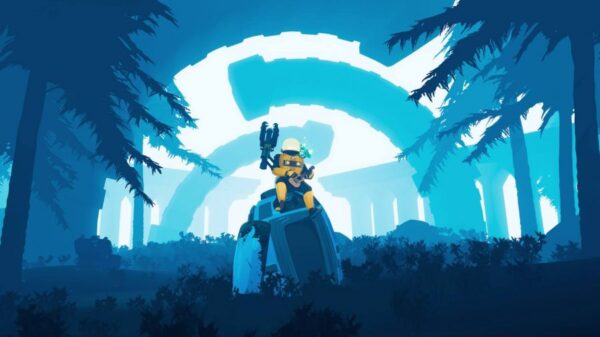 Risk Of Rain 2 Crashing, No Audio, And Fixes

Risk Of Rain 2 might have launched on PC but players are still facing issues with the game. According to players, the game crashes randomly while playing, crashes at startup and some players are experiencing errors like Early Access Disclaimer, audio stuttering, no audio, and performance issues.

The following are the errors and issues that players are experiencing along with their fixes and workarounds. Also, this guide will help players with how to get 60 FPS in the game.

According to Risk Of Rain 2 PC players, they get the “Early-Access_Disclaimer” error when they launch the game. To fix this, make sure your Windows System Clock’s Timezone is not invalid.

Risk of Rain 2 players are reporting that the game is crashing randomly while playing. For those of you, playing the game on a Ryzen CPU and facing the crash, try updating/reinstalling your AMDRyzenMasterDriver.

In case you are using a Corsair headphone then reinstall CorsairGamingAudioConfig drivers. This will fix the random Risk OF Rain 2 crash.

If the above fixed didn’t work, then disable any and all third-party tools and software like MSI Afterburner and the game will stop crashing during gameplay.

According to some players, when they launch Risk of Rain 2, it runs within a very small window with a resolution of 144 x 144. This can be easily fixed, go to the game’s installation folder and open “config.cfg” in notepad.

If the above fixed don’t work, then try deleting the “config.cfg” file and issue should be resolved.

According to players, when they launch Risk Of Rain 2 they get the following errors.

These errors are related to the mods. Chances are you are using outdated mods. Just update bepinex and r2api to the latest versions and the errors will be fixed.

Risk of Rain 2 crash at startup is another issue that PC players are experiencing. There are multiple reasons behind this error and here is how to fix it.

One reason for the Risk of Rain 2 to crash at launch could be the lack of admin rights. Right-Click on Risk Of Rain 2’s exe > properties > Compatibility tab > check “run this program as an administrator”. Apply the change and launch the game, this should get the game working.

Also, your OS might be outdated as the games require a certain build of Windows 10 in order to work properly. Make sure the Windows OS is updated and the issue will be fixed.

Risk of Rain 2 audio stuttering is another issue that is bothering players if they manage to get the game running. This issue could be tied to v.sync.

According to players, there is no audio at all while playing the Risk of Rain 2. This issue could be occurring due to Windows Sonic For Headphones.

Go to Settings > System > Sound > Sound Control Panel. A new window will open, click once on your active audio device > Properties > Spatial Sound tab. Select “off” and apply the changes. Start the game and the audio should be working fine.

Performance is often an issue with PC video games and Risk of Rain 2 is no exception. Players are reporting stuttering and low FPS issues with the game. Here is how to fix stuttering and get 60 FPS experience in Risk Of Rain 2.

If you are playing the game on a laptop with a dedicated GPU, chances are the game isn’t switching GPUs. Players just need to make sure the game switches to the discrete GPU.

If the above scenario doesn’t apply to you then, start the game and turn-off v.sync. Close the game and Nvidia Control Panel > Manage 3D Settings > Program Settings > select the game. Make the following changes.

Apply these changes and launch the game. Not only the stuttering will be fixed, Risk of Rain 2 will also be running at a relatively higher FPS.

In case the stuttering and low FPS issue continue to persist, then just follow the steps above but set “Vertical Sync” to “Fast”. This should give players a potential FPS boost.

That is all for our Risk Of Rain 2 fixes for errors and issues like the crash at startup, Early Access Disclaimer, audio stuttering, low FPS, how to get 60 FPS, and more. If you are facing errors and issues with other PC games or your PC then also see our hub for commonly occurring PC errors and their fixes. If you are interested in learning more about the game then you can check out our challenges guide to unlock all the skills and skins.