Commando is the default character you get to play at the start of the game. Commando is a very high damage output character. He is a well-rounded character who can be used effectively in short and long-range. This guide will include all the details on the character Commando in Risk of Rain 2.

Items like Sticky Bomb, Runald’s Band, Tri-Tip Dagger and other damage items can be made of use being primary damage. Items like Soldier Syringe and Warbanner etc increases attack speed whereas Alien Head and Brainstalks etc decreases cooldown.

Commando does a high amount of damage in a short-range. The farther you get the less damage your automatic shots do because of less accuracy. The solution to this is double rap aka burst fire. If you fire in burst shots you can do a lot of damage in long-range.

This skill has a 3-second cooldown. This ability is capable of doing high damage to a single target. This is the skill that you will be using the most because of its low cooldown. It is a good wave clear option.

This skill has a 4-second cooldown. Another low cooldown skill can be used to dodge enemies attacks and not take any damage. This skill can also be used while using Suppressive Fire.

This skill has a 9-second cooldown. Tactical Fire can be used while using this skill which can help dodge attacks while using Suppressive Fire. The skill can do a lot of damage the closer you are to an enemy. It is better on enemies with more health than crowds of enemies. If you go farther the damage decreases.

This marks the end of our Risk Of Rain 2 Commando Guide. If you are interested in learning more about the game then be sure to check out our guides on challenges and how you can defeat all the bosses in the game. 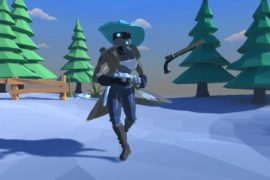 Risk Of Rain 2 Characters Guide: How To Unlock All Characters 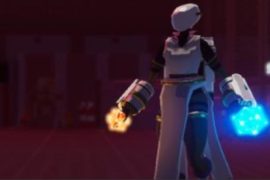 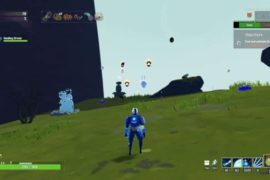