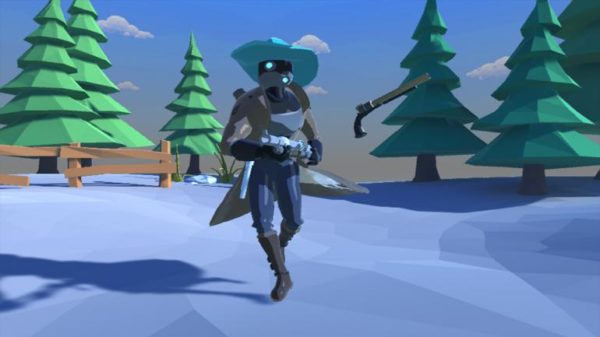 All Risk of Rain 2 Character Unlocks

This is the default character that you start with. You just have to start the game and you will start playing him. Commando is one of the high damage characters. He specializes mostly in close range with good damage but he can be used efficiently in long-range too. To play him effectively in long-range you need to fire in bursts to maintain accuracy and damage.

Unlocking MUL-T is quite simple actually. You just have to play and finish the first level of the game around 5 times and he will unlock to be played. MUL-T can do a decent amount of damage and can be good in both close range and long-range. For close range it has it’s nail gun which destroys bosses and enemies in close range. For long-range MUL-T has it’s sniper rifle which can deal with enemies at a distance and airborne enemies.

Unlocking Huntress is easy as well. Just play and finish the first 3 levels without dying. Huntress is a complex character who excels in the long-range. She has very high AoE but her cooldowns on her skills are very high. Her skills can be quite useful in destroying crowds of enemies quickly.

To unlock Engineer you will just to progress through the game and complete 30 levels. The unique character is most definitely Engineer. He doesn’t do much on his own but relies on his turrets to do the job for him. He can make use of turrets, mines, and shields to protect him and deal with enemies quickly and efficiently. His cooldowns might be a lot but if you can use your shields to the max potential you might not need for the turrets to go down and wait for the cooldown.

To unlock Artificer you will have to go to New Alter in the teleporter event and use one Lunar Coin to open a portal. After that, you will have to pay 10 Lunar Coin in the Lunar Shop there. Artificer is by far the most damage output character. Her skills can do high damage but although her damage and health might be good her mobility ain’t. Using survivability and mobility items on her is a must.

Mercenary isn’t that hard to unlock. After completing the last map you will get a message and you can now go through a Celestial portal. Go to the end to arrive at an Obelisk. Sacrifice yourself here to unlock Mercenary. Mercenary is the only melee character in the game and he is very fun to play. He can destroy enemies in close range and has a double jump and dashes. He can use the dashes to approach airborne enemies and deal with them too. He can use his dashes to run away or get to places that couldn’t go earlier.

To unlock loader in Risk of Rain 2 you need to complete the “Guardian Offline” challenge. The first step is to reach the Siren’s Call map that was added with Skills 2.0 update. Once you unlock Loader you will have access to his skills and abilities.

One of the playable characters in Risk of Rain 2 is Acrid. To unlock Acrid you need to go under the Bazaar in the Bazaar Between Time. There is a hidden cave that will take you to a portal which then leads to the Void Fields. Beat the 9 challenge cells in this area to complete Acrid character unlock in Risk of Rain 2.

For now, these were all of the character unlocks in the Risk of Rain 2.