Home Guides Returnal How to Beat Ophion in Returnal 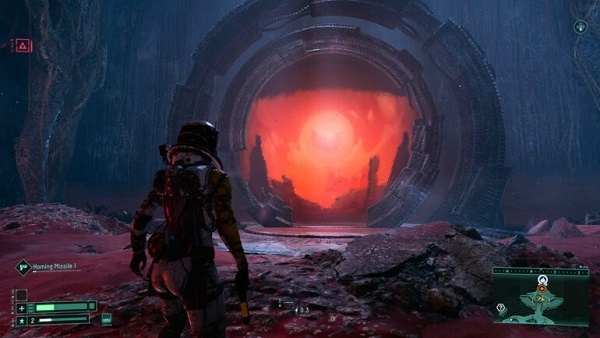 Ophion is the final boss in Returnal. Despite being the last boss in the game, he’s somewhat easier as compared to some of the other bosses. Ophion is found at the very end of Abyssal Scar and remains stationary for the most part. However, due to the sheer number of things that can happen simultaneously, the fight can get a little hectic. In this guide, we’ve shared some tips and tricks that will help players easily defeat Ophion in Returnal.

As mentioned earlier, Ophion is comparatively an easier boss compared to some of the others. First of all, let’s talk about actually doing damage to the boss. In order to damage Ophion, players must shoot at the red spots on its body and also destroy the blue orbs that hover on the sides. These are the only things that’ll let players do damage to Ophion.

During the first phase, Ophion will emit green orbs from its body that’ll spread all over the arena. However, these orbs travel slow and can easily be avoided. Players who are staying at the far back should’ve no trouble dealing with them. It’ll also send a purple shockwave that needs to be jumped over because it can’t be dodged. In addition to its green orbs, it’ll sometimes call in a barrage of red orbs – once again, by now, dodging them should become second nature.

The only troublesome attack is its homing projectiles that can lock onto the player. The best way to avoid this attack is to be on the move, even if it means not attacking the boss for a while. Continue to dodge these attacks, destroy the blue orbs, and shoot the red spots on its body to complete the first phase.

During the second phase, Ophion will get a little more aggressive and get a couple of new attacks. The first attack is a vertical laser attack that can be avoided by jumping over it. The second attack is when it slams its arms onto the ground creating multiple shockwaves which need to be jumped over as well! Other than that, the entire strategy essentially remains the same.

When it comes to the final phase, the boss will get a little too aggressive with all kinds of orbs. Remember to pull back if need be. It’s much easier to dodge these orbs by staying at the back. As for lasers and shockwaves, always make sure to jump over them as they can’t be dodged. As for the projectile attack, it’s incredibly hard to avoid with so many things going on at the same time. The best bet is to stay on the move and hope for the best.

We’d also recommend perfecting the first two phases to save any healing items for the third phase. Besides that, destroy the blue orbs and shoot the red spots to complete the fight.

Successfully beating Ophion in Returnal will unlock the “Inner Darkness” trophy. As for the recommended weapons, we’d suggest using a Tachyomatic Carbine or a Dreadbound.

This is all we’ve got in how to beat Ophion in Returnal. Feel free to check out our detailed Returnal wiki guides for more helpful guides.