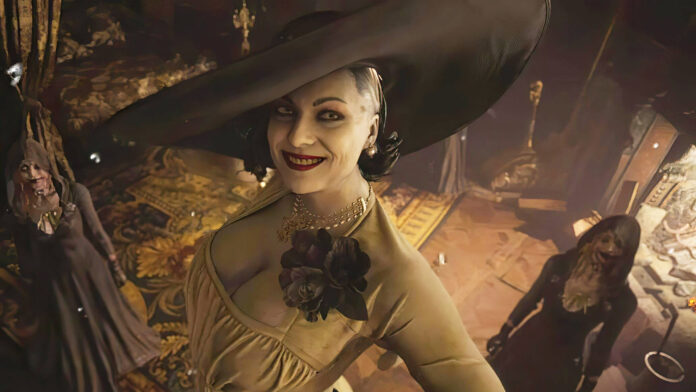 Resident Evil Village PC is facing errors and issues like the crash at startup, error 0xc000007b, WMVideo decoder error, re8.exe stopped working, D3D12CreateDevice Failed error, game not saving, Failed to Load library steam_api64.dll, in-game crash, stuttering, low FPS, and more. Here I have compiled a list of errors and issues with the game along with their fixes and workarounds.

Resident Evil Village doubles down on everything that made RE7 a good game. The game not only features incredible visuals with support for Ray Tracing but, it offers a lot of puzzles and emphasizes exploration.

While the game is incredible but, PC players are reporting errors and issues while playing Resident Evil Village like the crash at launch, error 0xc000007b, re8.exe stopped working, Failed to Load library steam_api64.dll, D3D12FailedCreateDevice error, game not saving, WMvideo decoder error, and more.

PC players are reporting that they are unable to play Resident Evil Village due to a WMvideo decoder error. The following is the fill error message.

To fix the error, press “Windows Key + i” > Apps > click Optional Features. Look for Windows Media Player and Media Feature Pack. Install them both, restart your PC and the WMVideo decoder error will be fixed.

The D3D12CreateDeviceFailed error pops up if your GPU doesn’t support DirectX 12. Since Resident Evil Village only runs on DX 12, it’s important that players must have a GPU that supports DirectX 12.

According to PC players, they are unable to play Resident Evil Village as they get the “Failed to Load library steam_api64.dll” or “unable to load steam_api64.dll”. One fix players can try is to run both Steam and RE Village as an administrator. Right-click the game’s exe > Properties > Compatibility tab > check “Run this program as administrator” and hit apply. Do the same with Steam.exe. This should fix the error.

PC players are reporting that Resident Evil Villae is not starting or it just shows a black screen and crashes to desktop at launch. There are multiple reasons behind the Resident Evil Village crash at startup issue and here is how to fix it.

First of all, RE Village only supports Windows 10 64-Bit and DirectX 12 compatible GPU. So if you are using an older or 32-bit version of Windows 10 or a GPU that doesn’t support DX12, then you will have to upgrade to make the game work.

Lack of admin rights is one reason why the game is crashing at launch. Right-click RE Village’s exe > Properties > Compatibility tab > check “Run this program as administrator” and hit apply. This will fix the crash at launch issue.

One PC user has reported that the following steps have helped him fix the crash at startup issue.

Another reason for RE Village to crash at launch is the latest Win 10 update, at the time of writing. Revert to the previous Win 10 version and the issue will be resolved.

Your anti-virus/Windows Defender might be blocking important game files and causing the game to crash at launch. Either disable the real-time protection, which varies from anti-virus to anti-virus, or exclude RE Village’s install folder for it. For Windows Security, open Settings > Update & Security > Windows Security > Virus & threat protection > click Manage Settings under “Virus & threat protection settings” > click “add or remove exclusions” under “Exclusions”. Browse to the game’s folder and add it. After that, verify the game files and launch the game. It will no longer crash at startup.

If the crash at launch issue persists, right-click Resident Evil Village in Steam library > Manage > Browse Local Files. Launch the game directly through its exe and players might encounter an error similar to “vcruntime140_1.dll or MSVCP140.dll Was Not Found”. Players can fix this particular error by installing the latest Microsoft Visual C++ Redistributables both x64 and x86 versions.

PC players are reporting that they are getting the “re8.exe stopped working…” error when they launch Resident Evil Village. This error is related to the GPU drivers. Unfortunately, sone players have reported that they had to revert back to older GPU drivers in order to make the game run. According to players, they fixed the “re8.exe stopped working…” error by installing the 368.81 Nvidia drivers.

Resident Evil Village PC players are reporting that they are unable to play the game as they get the “Application error 0xc000007b” error. This particular error can be easily fixed by installing Microsoft Visual C++ Redistributables both x64 and x86 versions.

Some PC players are experiencing the issue with Resident Evil Village where the game doesn’t save progress even if the auto-save is active. According to players, when they closed the game and came back, there was no Load option. It seems that for some reason, the game isn’t saving and here is how to fix this issue.

The game not having admin rights can be the reason why the game isn’t saving. Right-click RE Village’s exe > Properties > Compatibility tab > check “Run this program as administrator” and hit apply.

Controlled Folder Access could be the reason why Resident Evil Village isn’t saving your progress. Open Settings > Update & Security > Windows Security > Virus & Threat Protection > Manage ransomware protection > Turn off controlled folder access. This will fix the error and RE Village will be able to save progress.

In case the GPU is old, use MSI Afterburner and reduce the GPU clock by 100 MHz. Alternatively, players can try and limit the game’s max FPS to stop it from crashing. Open Nvidia Control Panel > Manage 3D Settings > Program Settings > select Resident Evil Village from the list or add it if it isn’t there. Turn on “Max FPS Limit” and set the value to 30. The game will be locked at 30 FPS reducing both GPU and CPU load. This will keep the game from crashing while playing.

Performance issues are common among PC video games like low FPS, stuttering, and random FPS drops and Resident Evil Village is no exception. Here is how to fix these performance issues.

These settings will not only fix stuttering but, players will potentially see a boost in overall performance.

That is all for our Resident Evil Village fixes for errors and issues like WMVideo Decoder Error, D3D12CreateDevice Failed, Failed to Load library steam_api64.dll, game not saving, in-game crash, stuttering, and more. If you are facing errors and issues with other PC games or your PC then also see our hub for commonly occurring PC errors and their fixes.