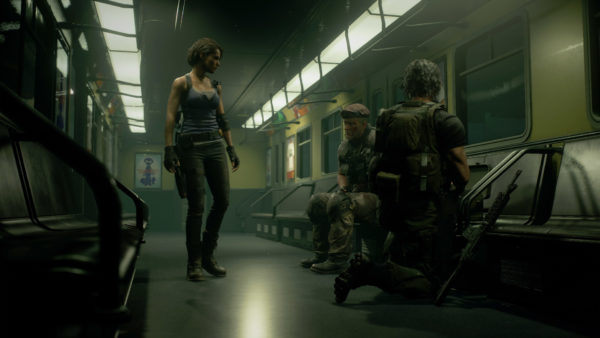 There are a ton of weapons in the game but not all are available right away. Some of the weapons are secret and need to be unlocked by Resident Evil 3 Remake survivors. In this guide, we will explain how to unlock all secret weapons.

There are 6 secret weapons in Resident Evil 3. All of the weapons are unlocked once you are able to beat Nemesis in the final battle. Beating Nemesis means you get access to the Points Shop.

The anti-bioweapon dagger is a great improvement over the basic survival knife. You can superheat the blade that makes zombies burst into flames. The Hot Dagger is available from the Points Shop for 7200P.

The recoilless launcher can fire 84mm projectiles at enemies. It has a piercing effect which means a lot of damage can be done. The projectile does more damage than the explosion itself. You can pick up the Rocket Launcher for 62400P.

The 5.56 assault rifle is great for taking down harder mini-bosses that come your way. The item is available for 28400P.

The 9mm handgun is amazing and can be modified to your liking. The handgun is available for 5600P.

The Energy-based weapon has great stopping power. The Rai-Den is available for 12000P.