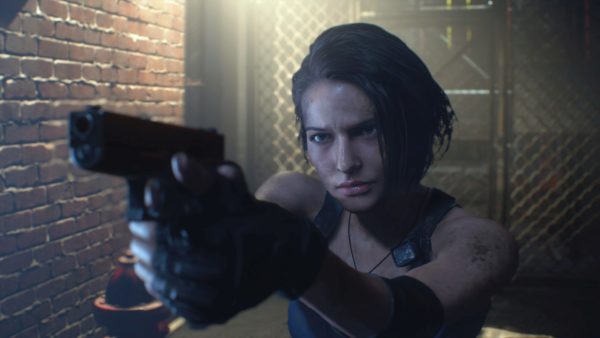 Resident Evil 3 Remake PC is facing errors and issues like Fatal Application Exit, stuttering, crash at launch, no audio, Corrupt Disc Error, and more. Here I have compiled a list of errors and issues with the game along with their fixes and workarounds.

Resident Evil 3 Remake is an excellent remake of the original. Like RE2 Remake, RE3 Remake also uses the RE Engine. The game not only looks beautiful but, is also well-optimized.

Despite that, Resident Evil 3 Remake PC is facing errors like Fatal Application Exit, low FPS, stuttering, game not launching, Corrupt Disc and more. The following are the errors and issues that players are experiencing along with their fixes and workarounds.

First, make sure there is no background process using too much of your HDD, CPU, or GPU. Also, install the latest GPU drivers, however, if you are facing stuttering with Nvidia driver version 445.75 then roll back to an older version. Furthermore, don’t use DirectX 12 as it causes the game to stutter and crash, use DirectX 11.

Start RE3 Remake and disable in-game V.sync. This should improve the game’s performance and fix stuttering or micro-stuttering.

If the performance hasn’t improved then follow the steps above but set Vertical Sync to “Fast”. Start the game, in-game v.sync should be disabled and the display mode should be set at “Fullscreen”. This will not only fix stuttering but will also give your significant boost in performance is you have a moderate enough CPU and GPU.

Resident Evil 3 Remake players are reporting that they are getting the “fatal application exit” error even if they switch from DirectX 12 to DirectX 11.

One possible reason behind this could be the GPU. Either your GPU is old and can’t handle the load or is overclocked. If your GPU is either of these and you are playing on an Nvidia GPU then try to limit the game’s FPS. DOn’t use the in-game FPS limiter as it can introduce micro-stuttering.

Open Nvidia Control Panel > Manage 3D Settings > Program Settings. Select the game from the drop-down menu and if it isn’t on the list then add it. Now, look for “Max FPS Limit”. While I would suggest locking the game at 30 FPS to reduce GPU load but, you can do trial and error to see how much Max FPS your GPU can handle without getting the “Fatal Application Exit” error.

If you don’t want to limit the FPS then just revert your GPU back to its default clock speeds even if it’s factory overclocked. If your GPU is not overclocked then use MSI Afterburner and reduce the clock speed bu 100 MHz. Ideally, you won’t need to reduce more than 200 MHz to fix this RE3 Remake error.

According to Resident Evil 3 Remake players, the game crashes right after the game first leads and they can’t even see the first cutscene. The workaround for this crash is a bit unusual but it’ll make the game work.

Download the K-lite codec pack and install it. After the installation, run codecTweakTools > Media Foundation > click “Reset”. Apply the change and the launch RE3 Remake. The game won’t crash after loading.

If you are getting the “E:\Arquivos de Programas (x86)\Steam\steamapps\common\RE3\re3.exe “d: \runtimebuildroom\lgitroot\\runtime \modules \render los\\rende rdevicedx12.cpp” 365 D3D12 Error:HRESULT=0x887a0006 swapChain::Present( failed (%x)” error or a similar one after a crash then you just need to install this mod. Download the RE3 version and install it. This will fix the crashing issue.

According to Resident Evil 3 Remake PC players, they are unable to play the game due to the black screen. Players are reporting they get a black screen when they launch the while they can hear the audio. This is a resolution error and the fix is very simple. Launch the game and when the black screen appears, press “Alt + Enter” and the game will go into Windowed mode and will start to display. Now go to the video settings and change the resolution to your monitor’s native resolution.

Players are reporting that they get the “Corrupt Disc” error and are unable to download the game. The fix for this is very simple. Go to your Steam library and turn-off the pre-order DLC. After completing your download, turn on the DLC. This will fix the error.

If the error persists then go to the Steam’s install folder > logs > content_log. Scroll down to “failed to write” and it’ll have the path to the corrupted file. Just follow the path to the file and delete it. Verify game files and it’ll download the file you just deleted. Once that is done, start the game and the error won’t bother you again.

According to some RE3 Remake players when they play the game with HDR, they get a washed-out image with high brightness. You need to deliberate the HDR, so open your display’s HDR settings and calibrate it.

Players are reporting that Resident Evil 3 Remake just crashes at soon as it launches or doesn’t launch at all. Here are a few fixes and workarounds that’ll fix the crash at launch issue for you.

The first fix is quite simple, go to Resident Evil 3 Remake’s install folder and open “re3_config.ini”. Look for “UseOptimizeShader” and disabled it. The game will stop searching at launch and will start working as intended.

If the game crashes at launch, then go to the game’s install folder. Right-click on the game’s exe > properties > Compatibility tab > check “run this program as administrator”. Apply the change, start the game and it should launch.

Now, if the game still crashes or you get an error similar to “Missing MSVCP120.dll” or “MSVCP120.dll not found” then uninstall Microsoft VC redistributable from your PC. Download the latest versions of Visual C++ Redistributealbes and install them. Now, start theRe3 Remake and it should launch without crashing.

If you are using Windows 10 and haven’t updated then that might be the reason for the game to not launch. New game releases require updated WIndows 10 to run properly and won’t launch on an outdated OS. Update your Win 10 OS if you haven’t already and the issue will be resolved.

Also, if you are part of the Windows Insider program then that might be causing the game to crash. Just opt out of the program and the issue should be fixed.

Players are reporting that they are facing audio issues like muffled audio, no audio, and audio stuttering. Here are a few fixes and workaround that’ll help you.

As for the now audio issue, Windows Sonic For Headphones might be the reason behind it. open Settings > System > Sound > click on “Sound Control Panel”. Select your active audio device > properties > Spatial Sound tab > select off. Apply the changes and the audio will start working with the game.

That is all for our Resident Evil 3 Remake fixes for errors like Fatal Application Exit, audio stuttering, Corrupt Disc, crash at startup and more. If you are facing errors and issues with your PC or any other game then also see our hub for commonly occurring PC errors and their fixes.