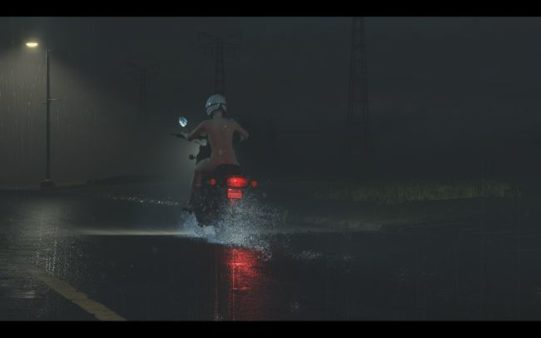 The modding community is thriving and even to this day, we see some really unique Resident Evil 2 mods for PC. Bad news for those playing on consoles, there is no mod support for RE2 Remake.

Experience The Horror In First-Person

Ever since the inception of Resident Evil series we have seen a couple of camera changes. Early Resident Evil games used a fixed, and over the shoulder camera angles.

We saw a major change with the release of Resident Evil 7 as Capcom introduced the first camera perspective. Many liked this change as it added to the immersion of survival horror.

Well, you can create the same level of immersion in Resident Evil 2 Remake via the first-person mod.

Don’t get me wrong, Resident Evil 2 Remake brought a really decent inventory design and UI. However, older RE fans would appreciate the retro look. Install the classic inventory mod adds old school Leon and Claire sprites to the game’s save screen. Meanwhile, your inventory is given a blue background that is right out of the PlayStation OG RE2.

The classic look brings back so many memories, the hard times of managing the inventory, the decisions to drop items and to clear space. All of that is still a part of the game but it looks better with the classic UI.

Throw Some Color On Those Weapons

Older fans love the horror and grit of the Resident Evil 2 Remake but the younger audience can add their own flair to the experience. Players can add weapon skins to Resident Evil 2 via the Optional Skins Mod.

There aren’t many weapons in the game but your options aren’t limited for skins. The skins mod adds a ton of new weapon skins. They are quite fun to have as an option if you feel like adding them at some point.

If would like to boost the graphical prowess of Resident Evil 2 Remake, this mod is for you. This mod adds a reshade preset which makes the game easier on the eyes and gives it a cinematic look without compromising graphics.

Moreover, there is a TAA issue that causes blur but this mod deals with it successfully. The mod comes with its own high-quality Gaussian Blur, fake HDR and boosts color depth.

Since we can add classic inventory, and classic camera angles, why not bring classic enemies back too? While this one isn’t from Resident Evil 2, Nemesis is one of the most popular characters from the series.

Capcom has shown interest in making Resident Evil 3 Remake but until that happens, let’s add Nemesis to Resident Evil 2 Remake.  In case you are wondering how? the mod turns Mr.X into Nemesis.

This section of the article will share the nude and sexy mods for our thirsty gamers.

This Resident Evil 2 Remake nude mod is exactly what it says, a nude Claire enters Racoon City. Sadly, Mr.X doesn’t care much for Claire’s hot curves. He will still chase you down and kill you for sure.

Well, Claire riding the bike in the rain in a transparent shirt is a sight to behold.

For those not interested in nudity, there is a PG-13 version of Leon. Leon supporting a six-pack and a cop thong.

Mr.X in a sexy thong? There must be high demand for this. The big guy wears flip flops, sunglasses, and an Umbrella Corporation branded thong.

The process of installing Resident Evil 2 Remake mods is pretty simple. Here’s the step by step guide to mod install.

So there you have it, hope this is useful to you.