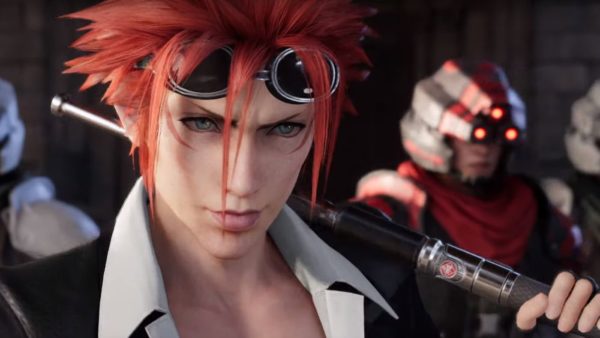 Our Final Fantasy 7 Remake guide will help you step-b-step on how to beat Reno as efficiently as possible so you can move on in the game.

How To Beat Reno

You’ll face Reno in Chapter 8 of FF7 Remake and here is how to defeat him. As the fight begins, take out the security officers and then shift your focus towards Reno himself.

In this boss fight, you need to keep a balance between speed and defense. You need to block Reno’s attacks in order to open him up to your attacks.

Reno tends to zip across behind the player and attack. You need to use Guard when this happens. Also, you can deal a significant amount of damage to Reno using Punisher Mode counter-attacks but, you have to time them. Follow up on these attacks with ATB abilities if you can.

Definitely block him when he uses his electric baton, as it’s a guaranteed way of striking back at Reno. Also, blocking the electric baton is necessary as it’ll not only chip away your health but also will stun you.

Deal enough damage and Reno will start throwing EM Mines. These mines float around and will arc electricity between them to stun you.

First, get out of their range and then either use spells or get in close to destroy them. However, don’t attack them when the mines are charged with electricity.

As you get close to the end of the boss encounter, Reno will become aggressive. He’ll try to close the gap between him and you and attack you all the while the EM Mines are floating around. Just keep dodging, blocking, and attacking Reno. Eventually, you’ll beat him.

That is all for our Final Fantasy 7 Remake Reno Boss Fight guide with tips on how to beat him. For more on the game also see our Enemy Skills Locations Guide and Limit Break Guide.