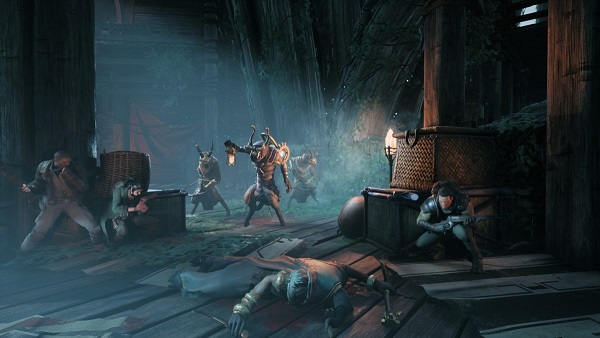 Character Classes in Remnant: From the Ashes

There’s no mercy in the world of Remnant: From the Ashes, in this third-person shooter type take on the Dark Souls formula. Every inhabitant you face will make it his duty to bring you down so danger lurks around every corner. In order to maintain tight control over how your character plays, you have presented a choice from three classes.

Even though you are restricted to a single class once you’ve made the choice, choosing which gear and weapons to equip will allow you to bring your own flavor and style to the character. Traits are also unique starting perks for each class (as well as general ones later on), which you can learn about in more detail here.

This is a good starting class as it’s well rounded. Armed with a Shotgun for close-ranged havoc and a Repeater Pistol for mid-range firing, The Scrapper is easy to get used to and get results. As for the melee weapon, you can unleash the might of the heavy-hitting Scrap Hammer.

As if The Scrapper wasn’t menacing enough with their close-range threat, the Hot Shot mob applies the burning effect to the bullets. This deals additional damage to enemies thanks to the status effect which drains their health over time.

The Scrapper’s melee damage is boosted thanks to the Warrior trait that is applied to the character class by default. The Scrapper is a brutal fun class for players of the classic hack-n-slash mentality.

This is more akin to the support class you’ve come to expect from role-playing games. Unlike The Scrapper whose strength is in close-quarter combat, the Ex-Cultist shines in close and mid-ranged combat. Owing to this mid-range goodness are the Coachgun and Repeater Pistol. For close-range, she can bury her Scrap Hatchet deep into the flesh of her enemies.

As for her supportability, the Ex-Cultist can utilize the Menders Aura mod to restore the health of teammates in a certain radius. This health regeneration process is gradual and will be applied to all teammates as long as they remain in the circle of the mod’s effect.

The Ex-Cultist’s starting trait, Spirit, allows her to increase the rate of regeneration of her weapon mods. So if you’re the type of player who puts teamwork above anything else, The Ex-Cultist is your go-to class.

Attacking from the shadows and resorting to stealth, the Hunter is the only long-range character class in Remnant: From the Ashes. There’s the accurate and precise Hunting Rifle for picking out enemies from far away, a Repeater Pistol for mid-range and a Scrap Sword for melee damage.

This sniper class is equipped with the Hunter’s Mask mod which serves two functions. Firstly, it will allow the Hunter and his teammates to see targets through walls or any obstacles, in a 40-meter radius. This effect is persistent for 20 seconds. While these enemies are marked, any shot on them will increase Critical Hit chance by 100%, ensuring instant death for most enemies.

The Shadow Walker trait for The Hunter class will decrease the awareness of enemies for the player and the teammates significantly. This allows players to be more discrete and less noticeable. If you’re reliable with your aim and blessed with the virtue of patience, stick with The Hunter for your playthrough of Remnant: From the Ashes.

You can also check out our How to level up fast, weapon stats, where to find iron, and secret achievements and trophies.