Home Guides Remnant: From the Ashes Remnant From The Ashes Builds And Loadouts Guide – Best Builds And... 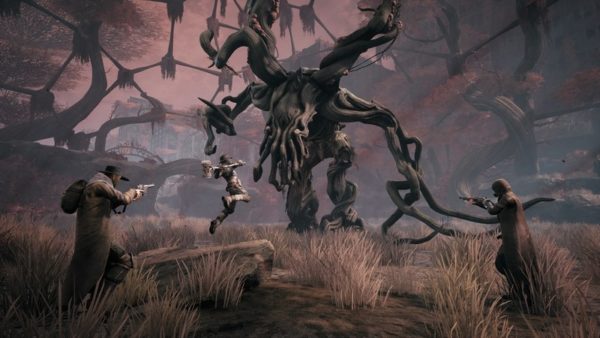 Remnant From The Ashes Best Builds And Loadouts

Here I have listed the best builds in Remnant From The Ashes for each playstyle. The process is simple, I will be list down the armor, weapons, mods, rings, traits, and Amulets that you will require for a particular build.

As the name suggests, this build is for players you like to take out their targets from a distance while remaining undetected. Here is what you need for this Remnant: From The Ashes build.

Weapons
Particle Accelerator is the best primary weapon to go with this build as it provides the most base damage of all rifles. But, if you haven’t found it yet then you can use the Hunting Rifle, Sniper Rifle, or Beam Rifle.

As for the secondary weapon, Magnum Revolver can help you if have a good aim. But, if you want to take down enemies quick at a close range than having an SMG will help you a lot. Melee weapons don’t matter for this build and you shouldn’t be in a melee range of enemies.

Armor
For this particular build, you have two choices: Hunter and Osseous Armor. Of the two, Hunter is the best choice for the Sniper Stealth build but, if you don’t have the Hunter armor yet than Osseous Armor is a good substitute and will do the trick.

The reason Hunter armor works best for this build is that it increases the weak spot damage for targets that are +15 meter away. As for the Osseous Armor, if only provides damage boost after you kill an enemy.

Amulet
Use the Brutal Mark as it increases your damage against the bosses.

This build is for the players who like to face enemies at a medium range and clear groups of them. Here is the loadout required for this build in Remnant From The Ashes.

Weapons
An assault rifle is the recommended primary weapon and there is a reason for it, which will be explained in the armor section, but you can use Ruin, Sniper Rifle, or Devastator too.

For the secondary weapon, I would recommend as it’ll also stack up the set bonuses really well. As for the melee weapon, it’s your choice given as it won’t matter much in gameplay.

As for the Osseous armor set, it’s best for clearing groups of enemies as it increases damage by 7,15,25 percent for 5 seconds after killing an enemy. However, this won’t help much against bosses.

Amulet
Gunslinger’s Charm if the best fit for the loadout but, Pocket Watch can help you better if you have trouble dodging enemies.

Rings
You have three choices here: Stone of Balance(10% damage increase), Devouring Loop(critical hits have10% chance to deal 300% damage), and Braided Thorns(critical hit chance increases by 15% for 6 seconds after killing an enemy).

This loadout if for the players who like to deal damage up close and personal. Here is what you need for this Remnant From The Ashes Loadout.

Weapons
The primary weapon for this loadout is obviously the shotgun. For the secondary weapon, SMFG might be good but it doesn’t matter much for this build.

However, this is the only Remnant From The Ashes build that makes use of the melee weapon but it’s your choice which melee weapon you want yo use.

Amulet
You have two choices here: Twisted Idol and Pocket Watch. But which one you’ll use depend on your play style. If you are good at dodging attacks then Pocket Watch if your choice of an amulet and if you get hit a lot then Twisted Idol is the obvious choice.

Rings
Strength, Gravity Stone and Root Circles are the recommended ones here. Pick two depending upon your play style.

That is all for our Remnant From the Ashes builds and loadouts guide with tips in which armor sets, weapons, amulets and more you need for a particular build. If you need more help with the game check out weapon mods, boss weapons, and character classes guide.