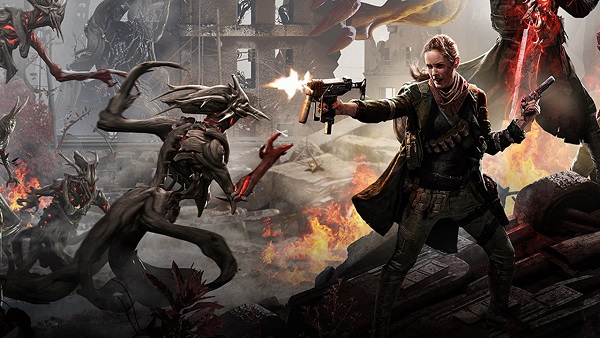 Weapons in Remnant: From the Ashes let you perform different functions depending on the circumstances. Some are suited to close-quarter situations while others may have damage as their sole focus regarding range. In any case, the best weapons of every category are considered so if they excel above their counterparts in that particular function. Find out below which weapon in each of the category ranks high in the meta of Remnant: From the Ashes.

Best Weapons in Remnant: From the Ashes

In every game, be it a competitive shooter, a fighting game or just a role-playing system like we have now in Remnant: From the Ashes, the community creates tiers to reflect what items they find powerful and what they feel are ineffective. In between these two extremes, there exists the “balanced” tier which can only be described as “fair” and “honest”.

The Assault Rifle has a decent firing rate and is a pretty well-rounded weapon for all ranges. It can be used in most of the builds. In terms of elemental damage and inflicting status effect, the Beam Rifle can cause Radiation damage in the form of a straight stream or beam. The longer you hold the trigger, the hotter the rifle gets dealing additional damage.

The Sporebloom has a very high damage per second rate though it has to be reloaded frequently. It’s useful against slow-moving opponents. Speaking of slow but damaging weapons, the Sniper Rifle is a very precise and accurate firearm for long-range battles.

The two weapons with the highest DPS are Ruin (19 dmg per round) and Repulsor (180 DPS). These are quite effective especially when it comes to boss fights.

Though the Shotgun is a user-friendly weapon, the Coach Gun deals much more damage (250 DPS). The only problem is that it’s a double-barrelled shotgun, so you will need to reload frequently. These, of course, work best in close-quarter combat.

Devastator is only good for one thing, the coverage it has thanks to the 6 horizontal blades it sends out. This is useful for getting rid of small goons or minions that accompany boss enemies. The Particle Accelerator can shoot ranged beams dealing up to 75 damage and can even create black holes sucking enemies in. You can get much accuracy with the x4 scope if need be.

Lastly, the Eye of the Storm, though short in terms of clip size, makes up for it by having 100 DPS.

The Crossbow does what other weapons, just only worse. You are already getting good projectile coverage with some of the firearms in the above tiers, meanwhile, the crossbow is slow and at best, mediocre when it comes to the damage.

The fast-paced enemies don’t call for such a formulaic approach. The  Hunting Rifle also falls in this category, though it’s silver lining is that it holds a decent amount of ammunition per reloads.

Magnum Revolver is an accessible sidearm dealing up to 63 damage per hit and the clip size of 6 bullets per clip is also rather generous. The Defiler is another good secondary weapon for mid-ranged combat. It’s an excellent companion to the Sniper when enemies start rushing at you. The Hunting Pistol is a secret unlockable weapon and it boasts the highest damage out of all other secondary weapons.

Your typical Submachine Gun is incredibly balanced thanks to the high rate of fire. Its damage is weaker than the Defiler, but when you’re picking on smaller enemies, it will be just as effective.

Hive Cannon is a unique weapon which has decent enough DPS and allows you to unleash a lethal swarm of insects at your foes. Spitfire is a weapon acquired later in the game weapon that can be crafted after you’ve defeated the dragon boss, Singe. It has a very high fire-rate compared to other side-arms and matches that of the SMG.

Repeater Pistol is the only one with abysmal damage and not enough bullets in the magazine. Since there are way better choices, there’s no reason to go with this.

Riven is an incredibly useful melee weapon that helps you perform life-steal from foes, thanks to the Life Leech mod. What’s better than regenerating health at every point of damage you inflict on the enemy?

Petrified Maul inflicts the Corrosion status effect and will continue to drain health. It’s base damage is also decent, set at 50.

Wastelander Flail is only purchasable after you’re given a curse in one of the dungeons. It covers some good distance with its swinging arch.  World Breaker is  heavier than most melee weapons but the hammer can be charged with Force Bust mod to stagger enemies on it.  Lastly, the Scythe is also worth a try since you can swing it quickly and deal good DPS with it.

Among the worst of the melee weapons include Scrap Hatchet, Scrap Sword and Scrap Hammer since these are also starting melee weapons for your class. So it’s understandable. Blade of Adventure is also another addition. All of these low-tier melee weapons have nothing much in the area of damage or that of any extra effects which the other melee weapons can provide.

You can also check out weapons locations, weapon stats, and boss weapons.

This marks the end of our Remnant: From the Ashes Weapons Guide.