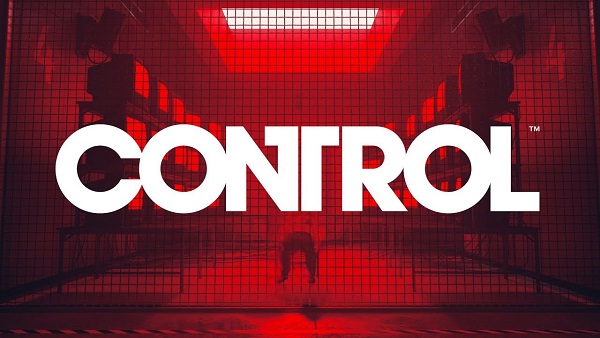 First, they brought us the grim neo-noir crime thriller drama, Max Payne which spanned over three satisfying games telling the story of a man with nothing to lose. Then, they followed that success with the Stephen King and Kubrick inspired psychological horror story with Alan Wake.  Their most recent release was back in 2016 with the mind-bending time travel sci-fi adventure, Quantum Break. With such a visionary eye for storytelling expertise, Sam Lake and co’s next struggle brings us Control, which aims to redefine the third-person action-adventure genre with something unique.

Control at a glance

After two back to back exclusive deals with Microsoft Studios, Remedy Entertainment’s Control will be multi-platform, set to launch on 27th Aug this year. What Control aims to be at its heart is an immersive and cinematic experience blending the smooth gun-play we’ve come to expect from Remedy and the storytelling elements that are always at the forefront of their games.

The game is supposed to be Remedy’s most non-linear entry yet as the structure of the ominous and mysterious setting, the sole building, continues to shift and reveal more secrets. This gives the game an overall setting structure and feel of the Metroidvania genre. The developers have already confirmed that even though the game is set in a single location, the areas are varied and so are the tasks so you can encounter side-quests and go deeper into the stories each character you meet.

Aesthetically, you definitely see the influence of classic filmmakers like Stanley Kubrick, Andrei Tarkovsky and David Lynch who, in their works, explore similar surreal and dream-like settings.

The narrative at its heart

The plot of Control is a marriage between defying the scientific laws and embracing the paranormal, and the narrative lets you wrap your head around these topics. Studying metaphysics, the United States government agency known as the Federal Bureau of Control (FBC), aims to counter strange and unexplained real-life events known as Altered World Events. However, during this research, they make contact with a vile otherworldly force called The Hiss.

This is where our female protagonist, Jesse Faden who must navigate through the constantly shifting and “alive” headquarters of FBC known as The Oldest House. The building itself defies the laws of reality, as it appears bigger in its interior than it does from the outside.   Her main is two-fold which is to uncover the secrets of the building and take back the control from those under the possession of The Hiss to restore order to the Bureau. Jesse, also has another objective, one that’s more personal to her. She aims to enquire about her long-lost brother Dylan, who was kidnapped by the FBC in his childhood.

The tools and powers at your disposal

Though Jesse can equip a single firearm, the Service Weapon pistol, an elaborated skill tree system exists which allows you to acquire weapon mods and make it into something completely unique. What we mean by that is, thanks to the customization options available, you can unlock the burst firing mode that turns the pistol into a shotgun. Then there’s the rapid-fire mode working similar to an SMG.  Apart from these, other mods like the Pierce, buff damage, increase fire rate and reduce reload time.

Complimenting this special Service Weapon are a plethora of supernatural and psychic powers that Jesse can use in combat. These include telekinesis, levitation, and a ground slam. There’s even an ability which Jesse can utilize to control the enemy’s mind and pit him against his own. These abilities can also be upgraded via character mods that you can acquire as drops from the enemies or as you explore areas for Objects of Power. The upgrades focus on the likes of attribute like increasing your max health (as it doesn’t recharge automatically) and increasing your energy meter (for using both weapons and abilities).

The technicalities of the game’s development

Control has been developed Remedy’s in-house Northlight Engine which was previously used for Quantum Break. The animation and physics from the character models down to actual combat and gun-play feel smooth and realistic as far as the footage depicts. Particle effects were already a big deal in Quantum Break, and here in Control, they only seem to have been improved. Environmental destruction has been taken up a notch and special care has been given to proper lighting and shadows, especially with the ray-tracing feature as you can observe below.

Control has been directed by studio head, Sam Lake (yes the face of Max Payne!) and Mike Kasurinen who worked with him on Quantum Break. Sam Lake is also the writer for the game, and according to him, Control has been in development even before Quantum Break.  Among the cast of actors playing the characters in the game, we have familiar faces (or voices) from Alan Wake and Quantum Break including the actors behind the figures of Thomas Zane and Beth Wilder.

Control went gold earlier on July 24th and will hit PC and consoles on August 27th worldwide. We can’t wait to get our hands on another exciting and intriguing enigma.