Home News Remedy Explains What Control Will Be Like On PS5 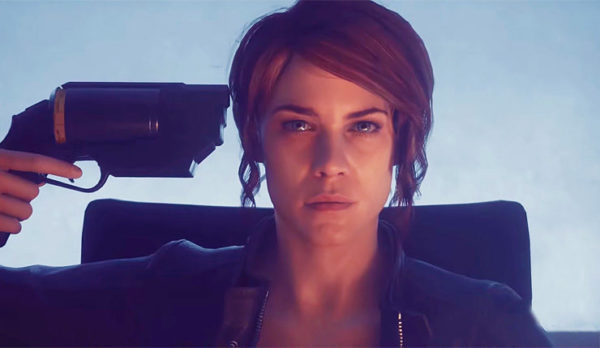 Control has already released on the current generation consoles but it is also coming to PS5 and Xbox Scarlett. The PS5 and Xbox Scarlett have better hardware and SSDs which will make the game perform even better.  The devs at Remedy talked about how well the PS5 hardware will be able to run Control and they mentioned that the game will look and perform even better on the new hardware.

Tatu Aalto, lead graphics programmer at Remedy touched on Ray Tracing. Here is what he had to say regarding the matter:

Ray tracing is a fundamental shift in how to approach computer graphics. Gradual improvements in processing power and programmability have made it possible to do very accurate material shading and effects on the previous generation already, but for global connectivity games have used either precomputed static data, or relied on incomplete screen space information.

Ray tracing is not just a  single effect, but a leap towards actually resolving that global connectivity in real-time.

Lead programmer Sean Donnelly talked about the streams in Control and how the PS5 will help the developers make the game even better on the new hardware. Here is what the dev had to say in this regard:

With the extra burden of a detailed destruction system, it’s safe to say we hit the limit on what could be achieved on older CPUs. When it comes to the PS5, faster hardware is always appreciated and will make life easier in the short term. But it’s the new SSD that really stands out; essentially streaming will become something that we don’t really have to worry so much about and it will free up some extra CPU bandwidth in the process.

Storage has kept the current generation of consoles a step behind PCs and it is nice to see that Xbox Scarlett and PS5 will have faster storage solutions.

This will reduce boot times and game loading times as well. Donnelly further went on to mention the following regarding how Control can take advantage of SSDs on PS5:

For something like Control that could translate to an even deeper destruction system, richer, more detailed worlds, and simple quality-of-life improvements like instant reloading after dying.

Technical director Mika Vehkala also talked about the advantages of using SSDs in the next generation of consoles and here is what he had to say in this regard:

More data at runtime, allowing us to have much more detail in the game worlds than before. Since there is no need to duplicate data to compensate for slow seek times that optical drives and HDDs have.

The devs mentioned that the overall experience on the console is going to be significantly better. This is a new generation console, so there is no surprise there. But everything is not about graphics quality. This is something that  comms director Thomas Puha stressed on by mentioning the following:

We tend to forget that it’s not just about getting better graphics in games with a new console, but it’s that the overall experience of using and playing on the console will get significantly better.  PlayStation 5 is about making a really smooth, quick-to-load experience, and a hardware base that’s easy to use for us developers, which is great because it allows us to harness the hardware power quicker.

Sony has claimed that loading screens will be made a thing of the past but that will depend on different games and whether or not the developers are going to optimize titles accordingly.

Mika Vehkala  touched on that and mentioned the following:

If games would stay the same in terms of scope and visual quality it’d make loading times be almost unnoticeable and restarting a level could be almost instant.

However, since more data can be now used there can also be cases where production might be cheaper and faster when not optimizing content, which will lead into having to load much more data, leading back into a situation where you have about the same loading times as today.

It will be interesting to see whether or not loading screens are a thing of the past when the PS5 comes out and how well Control is going to look and feel on the next-generation console.

If you are interested in playing the game then you can check out our guides for Control.